NEWS RELEASE: All Roads, Routes and Trails Must Lead to Waterfront: Mayor Crombie 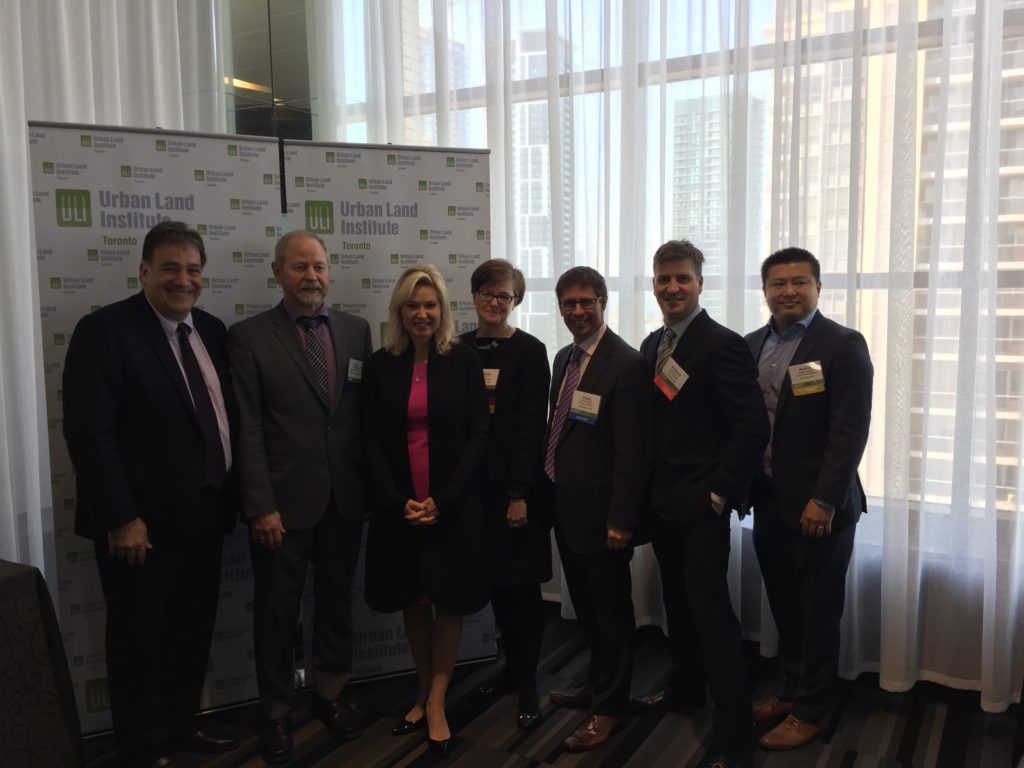 All Roads, Routes and Trails Must Lead to Waterfront: Mayor Crombie

Mississauga – From Hamilton to Mississauga, from Ajax to Clarington, and in all cities and towns in between throughout the Greater Toronto and Hamilton Area – all roads, routes and trails must lead to the waterfront, Mayor Bonnie Crombie said today.

Mayor Crombie made the comments during a panel discussion hosted by the Urban Land Institute, entitled: Waterfront 905: Exploring the GTHA’s Dynamic Development Frontier. Mayor Crombie moderated a panel that featured discussions by:

“Today’s discussions are about envisioning a bright new future for the GTHA,” said Mayor Crombie, who addressed an audience of engineers, urban planners and business leaders. “We gather this morning because we are all passionate about city-building, region-building and we all understand how important a healthy and thriving waterfront is to help plan and foster a strong sense of community.”

Mayor Crombie highlighted a number of City of Mississauga waterfront initiatives under the stewardship of Ward 1 Councillor Jim Tovey. “Inspiration Lakeview, Inspiration Port Credit, 1 Port Street, the Imperial Oil Lands and the Lakeview Waterfront Connection, are some our community’s blueprints that will change the face of south Mississauga forever.”

Last week Mayor Crombie Joined Councillor Tovey and Minister Charles Sousa to mark the ground making of the Lakeview Waterfront Connection Project – a plan to create a beautiful and naturalized conservation area that will transform the Lakeview neighbourhood into a hub for passive waterfront recreation, a hotspot for wildlife migration and a green oasis in the heart of the city.

“These plans will usher in exciting new ways for people to fully embrace and appreciate the untapped potential of our sprawling waterfront, home to livable, walkable communities, fully connected by public transit and accessible to quality public services, mixed-use residential and commercial developments, clean, green and creative spaces, and neighbourhoods that safeguard and respect local history.”

Mississauga still has far too many unrealized views of Lake Ontario, Mayor Crombie said, adding that “our Lakeview neighbourhood is called Lakeview for a reason and its potential will be realized.”

“But Mississauga isn’t the only place fully committed to ensuring its waterfront community reaches its full potential.

“The waterfront is the great new frontier of urban development for the Greater Toronto and Hamilton Area,” Mayor Crombie concluded.