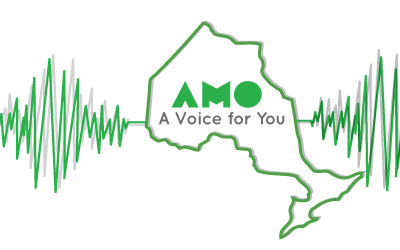 On Monday morning the LUMCO delegation met with Patrick Brown, the newly minted leader of the Ontario Progressive Conservative Party. This was our first opportunity to speak to the new leader about our priorities, but also hear from him on the direction his party will take with respect to municipalities in the coming years. The LUMCO mayors reiterated our commitment to and support of infrastructure, transit and affordable housing investments, as well as the need to tackle the issue of interest arbitration. This was a positive meeting and we hope to continue the discussion with Patrick Brown in the coming months in the lead up to the 2018 provincial election.

We then met as a Region of Peel caucus with the Minister of Municipal Affairs and Housing, Ted McMeekin. Much like the meeting with Patrick Brown, we pressed him on the need for a strong partnership with municipalities, and in particular, action on the affordable housing file. Wait lists for subsidized housing in the Region of Peel continue to climb and access to affordable housing in our region continues to decrease. We need a coordinated provincial and national plan to deal with this growing crisis.

I was then pleased to join Glen Murray for a session on waste management and the Ministry of Environment’s actions on this file. As a Regional councillor, one of the biggest issues we face is waste collection, as well as meeting our waste diversion and recycling targets to decrease the amount that goes into our landfills. I was pleased to hear that the Ministry of the Environment will be bringing forward new legislation in this respect in the fall.

On Tuesday the LUMCO mayors had the opportunity to meet with Andrea Horwath, Leader of the New Democratic Party of Ontario and members of her team. This was a candid and open discussion of the issues important to our cities. I was pleased that the Ontario NDP is committed to investments in transit and infrastructure, as well as addressing the affordable housing crisis that looms over all cities.

Following this meeting, we had the opportunity as a Regional caucus to meet with Michael Chan, Minister of Citizenship and Immigration to discuss the need for greater investments in newcomer services in Peel Region. There must be a more coordinated approach between the federal and provincial governments in this regard. While we were at the AMO conference, another 200 people moved into Peel Region. Mississauga and the Region of Peel are the destination for many of the new immigrants that come to Canada and as such, it is imperative that we have the proper resources to deal with the associated issues.

We ended our scheduled meetings with Stephen Del Duca, Minister of Transportation. As the LUMCO lead on the Gridlock and Transit file, I thanked him for his recent commitments to rapid transit and all-day, two-way GO Train service in the GTA. At the same time, I pressed him on timelines for these projects and in particular, for all-day, two-way GO Train service on the Milton Line. To that end, I again raised our proposal for a “Missing Link” to reroute rail freight traffic to open the corridor to commuter rail traffic. I will continue to work with my fellow LUMCO mayors and Minister Del Duca to continue the much-needed investments in rapid transit in the GTA and our province.

Aside from these meetings, I also had the opportunity to attend AMO sessions on important municipal matters, network with other municipal leaders, and have discussions with other big city mayors about issues we have in common. These conferences are important to advance our municipal agenda with the provincial government.