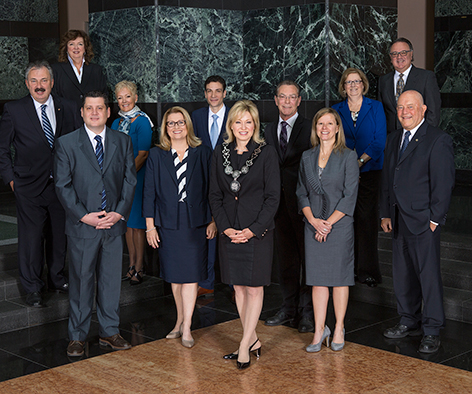 Mississauga – Reflecting over the last twelve months, I remain humbled and honoured to represent the compassionate, hardworking and dynamic people of our great City as their Mayor, said Mayor Bonnie Crombie today, as she formally marks her one year anniversary from when she officially took the oath of office as Mississauga’s head of council, succeeding Hazel McCallion.

“As I said during my inaugural address, from this moment forward, every action we take and every decision we make, must be with a mind to positioning our City to succeed for the next 40 years and beyond.”

“And from the moment this new Council was sworn in, we hit the ground running,” Crombie added.

Working together with our professional staff, we have so much to be proud of, Crombie said, citing the following year-one accomplishments that include:

Crombie concluded “As we look toward 2016, and the promise of a new year ahead, there is more to be done. I am excited about this work and seeing it through.

“I fully appreciate the responsibility of this office. The people of Mississauga have my commitment that I will work hard every day to build on our success and chart a new course to move Mississauga forward.”

Click here to watch Mayor Crombie’s inaugural address and for the full text of the Mayor’s speech.