Mississauga has been ranked by Foreign Direct Investment Magazine as one of the Top 10 Cities in the Americas, and in particular, 4th for business friendliness. With Toronto Pearson International Airport, our global reach is further and more direct than any other Canadian city, it’s not hard to see why there is such great interest in our city and our region. Immediately upon speaking with Colombian companies, it becomes readily apparent that Mississauga and the GTA are highly attractive for foreign-direct investment.

Following an overnight flight, which landed in Bogota at 5:00am, we began our meetings in the morning at the Canadian embassy with Canada’s Trade Commissioner, Claudia Gutierrez. We discussed doing business in Colombia, the 3rd largest economy in South America. The country has experienced growth over roughly 4.5% for the last number of years, in the key sectors of oil and gas, but also in social and financial services. With single digit inflation and a low debt to GDP ratio of 35%, Colombia’s economy is performing well and has become an attractive destination for Canadian investment. The country is home to 48 million residents with a strong entrepreneurial spirit and a desire to expand their market reach around the Globe, which is facilitated by Colombia free trade agreements with 29 countries, including Canada (2011) and its membership in the Trans-Pacific Partnership.They have a strong market orientation and wish to compete on the global stage. As such our message was well received as we made the case to Claudia for the GTA and more specifically, Mississauga. She and her team at the Trade Commission have committed to working with Mississauga and the GTMA to help those Colombian companies looking to internationalize find a soft landing in the GTA. In fact, Claudia was so impressed, she has asked to join us for many of our meetings in the coming days. 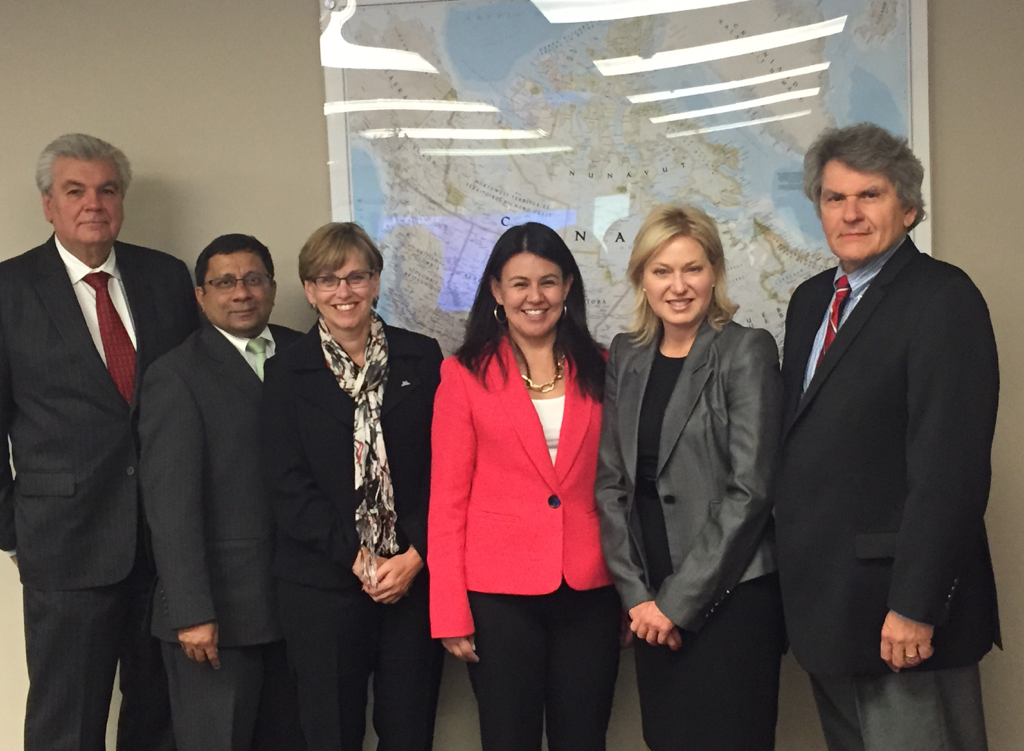 Following this meeting we had a great working lunch with one of Colombia’s leading coffee manufacturers. Canada has roughly the 5th largest coffee market globally, behind giants like the United States and Japan. At the same time, we are discerning coffee drinkers, with a taste for good coffee, which makes our market highly attractive to these types of companies. As noted in earlier posts, the GTA is home to the second largest food and beverage cluster in North America, and Mississauga’s Economic Development Office has undertaken a full economic impact analysis of the food and beverage industry to better discern where we can grow and achieve more investment.  The GTA is also uniquely situated to access the north east United States market of 140 million consumers within a day’s drive or an hour plane flight. We are the ideal location for a coffee company to set up their North American operation.

The afternoon concluded with two meetings: the first with one of the country’s largest food additive and flavouring companies; and the other with a cutting edge video game designer. Like our meetings in Chile, the companies attended the meeting because they were looking to expand their operations globally. Each wanted a presence in the North American market, but had never considered the GTA and Mississauga. By the end of the meeting, both were very interested in what we have to offer and both will be visiting us in the near future.

If you have not yet heard of 12HitCombo, keep an eye out for them. They are a highly innovative video game development company who works closely with Sony, PC and other gaming platforms. They have won numerous awards, in particular for their work in the gameification of the Bogota transit system to make it easier to use, as well as for their most popular game, Space Overlords. Ontario’s digital media and R&D tax credits are incredibly attractive to a company like 12HitCombo, as is our booming digital media sector. In particular, our access to talented engineers, designers and animators will allow a company like 12HitCombo to access talent, contract service providers, and ultimately, grow their business.. Over 66% of our population has a post-secondary degree or diploma and there are currently over 23,000 students enrolled in 217 digital media and IT programs at our colleges and universities, including Sheridan College’s renowned animation program. Combine this with our low corporate tax rates, 100% wireless and wireline coverage, supportive associations and networks, and our attention to business, it makes the GTA and Mississauga an incredibly attractive destination to invest. I suspect you will be hearing more from 12HitCombo in the future, hopefully from their Canadian headquarters.

Our day ended with a trip up the mountain (3150 metres) to look at the City of Bogota. The view was breath-taking as the city lit up the valley below, expanding for many kilometers. Tomorrow is another full day of meetings, followed by a dinner hosted by the Canadian Ambassador to Colombia. 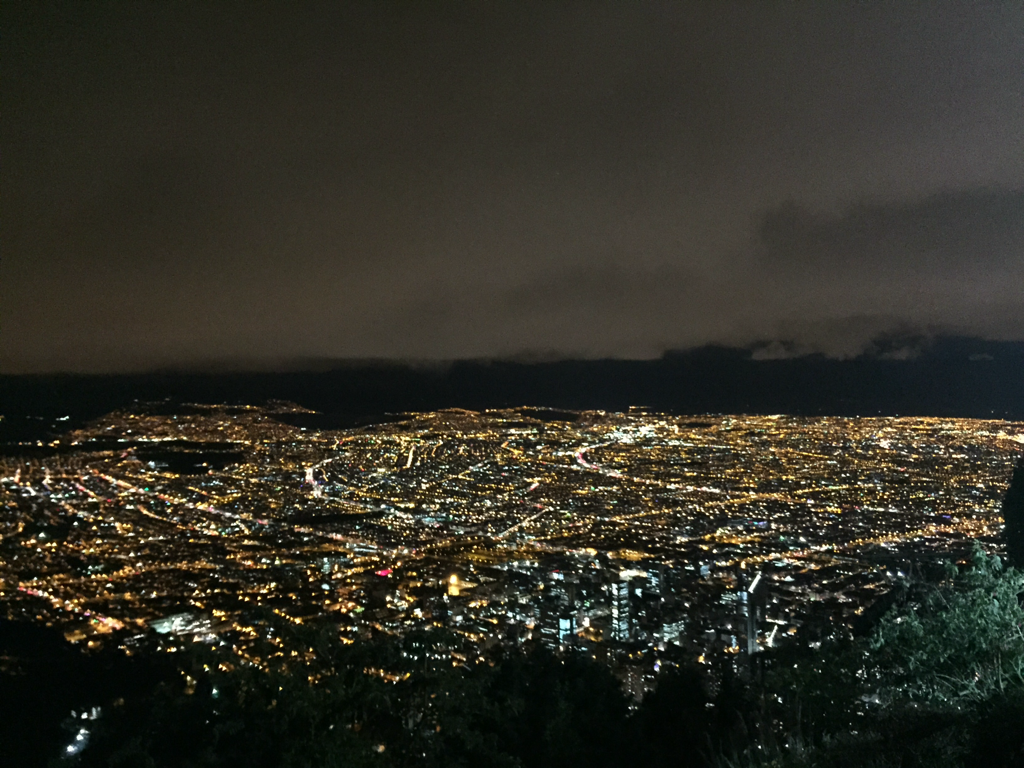 The City of Bogota at night. Spectacular!