Our final day of meetings in South America began with a presentation to over 25 Colombian businesses at the World Trade Centre, Bogota. The organization is similar to the WTC Santiago whom we met with while in Chile. As has been the case at many of our meetings, the businesses that attended were interested in expanding their business internationally, but had not fully considered Canada, let alone the GTA or Mississauga. By the end of the presentation, we had a great deal of interest from these companies and will likely see them in the GTA in the coming months. 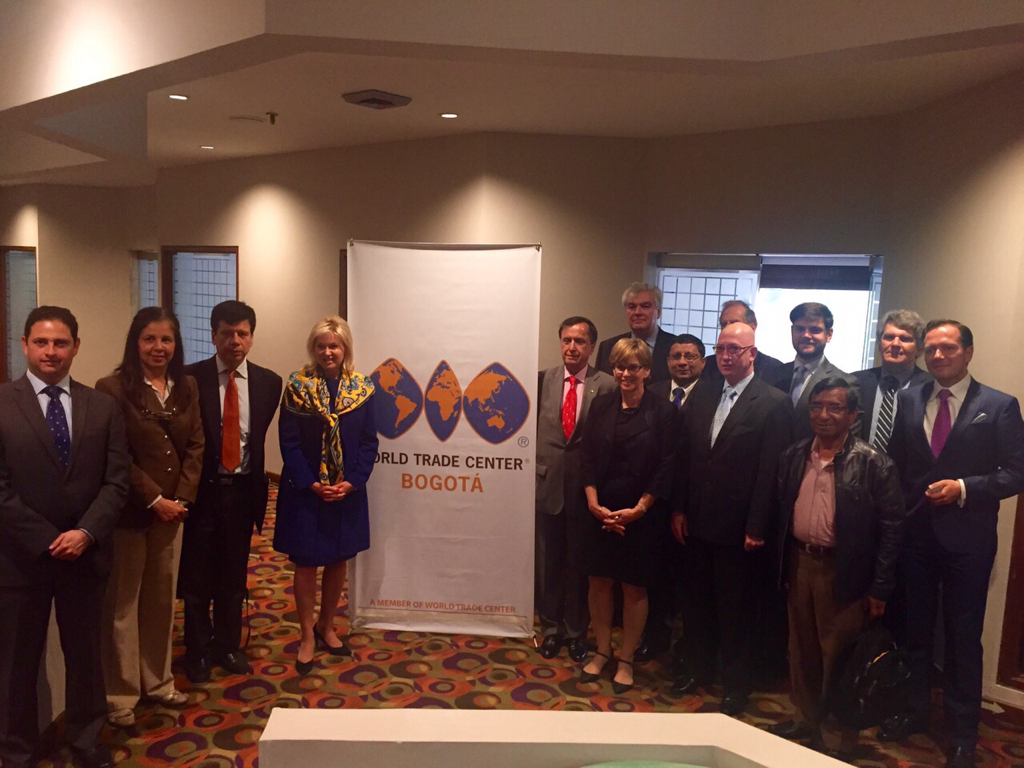 With some of the businesses of the WTC Colombia.

One of the selling features of coming to the GTA and Mississauga is the “soft landing” program that is offered by the Greater Toronto Marketing Alliance (GTMA). It is a unique program that allows businesses to visit the GTA for a one or two day, customized program. This program is tailored to each business and features meetings with legal experts in immigration and taxation, as well as business to business networking sessions with companies and potential clients in their sector. This allows a business to get a sense of the environment before they invest. After hearing about this program, many businesses in Brazil, Chile and Colombia become much more interested in coming to the GTA. The United States market is roughly 10 times our size, which means we need to develop a competitive advantage. Among our many positive attributes, our soft landing program gives the GTA and Mississauga and edge.

We continued our day with a well-attended meeting with FEDESOFT, the Colombian Federation of Information Technology. FEDESOFT represents over 350 companies throughout Colombia and holds agreements with government entities, universities and other associations to promote the development of Colombia’s digital media and software industries. Again, as in our many other meetings, there was a great deal of interest in the GTA and Mississauga, in particular our strong digital media sector.

Immediately following our meeting with FEDESOFT, we met with two highly innovative video game developers. One in particular, Efecto Studios, is developing some incredibly realistic games, including Survivor, which has done very well in the North American marketplace. Much like 12HitCombo, who we met with two days ago, I suspect you will be seeing more from Efecto Studios, hopefully from their new Canadian headquarters. 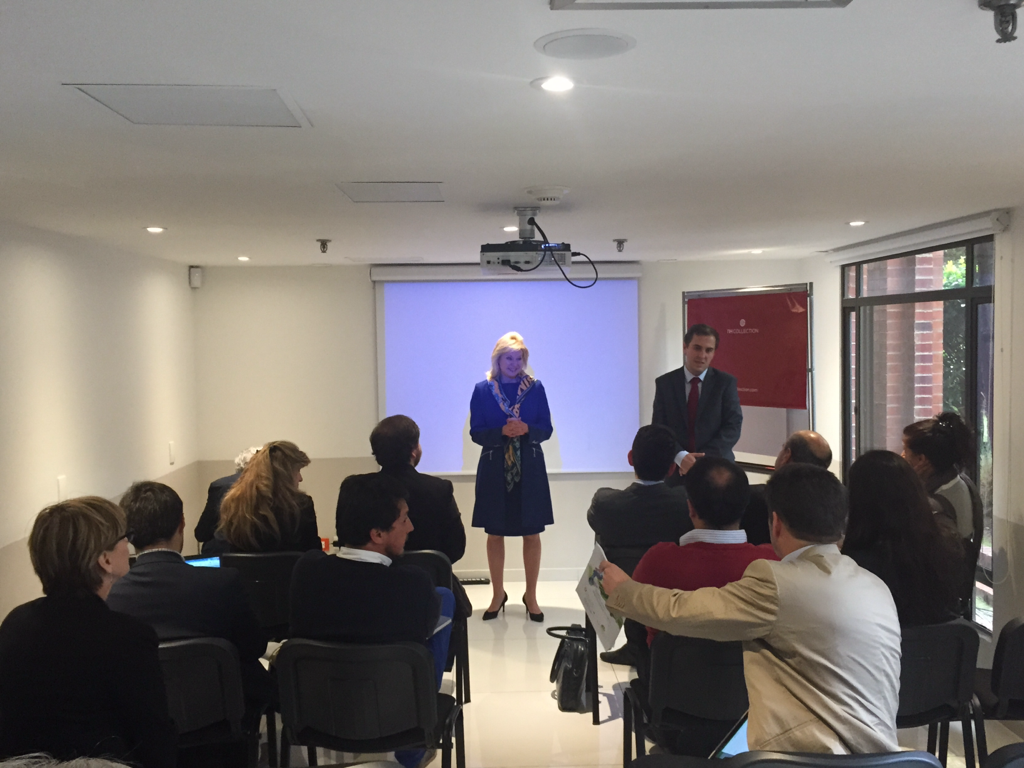 Speaking to and answering questions from FEDESOFT member companies.

In the afternoon we met with the Canadian Colombian Chamber of Commerce. Since 1997, this public-private association has worked to strengthen the commercial and economic relationships to promote bilateral investment between our two countries. There are many Canadian companies invested in Colombia, mainly in the natural gas, oil, coal and financial services sector and as our Canadian Ambassador noted, we have strong reputation in Colombia. We will work with the Chamber to expand Colombian investment in Canada, and in particular the GTA. The Chamber members were quite interested in our program, especially the “soft landing” program and will assist us in finding investment opportunities with interested Colombian companies. 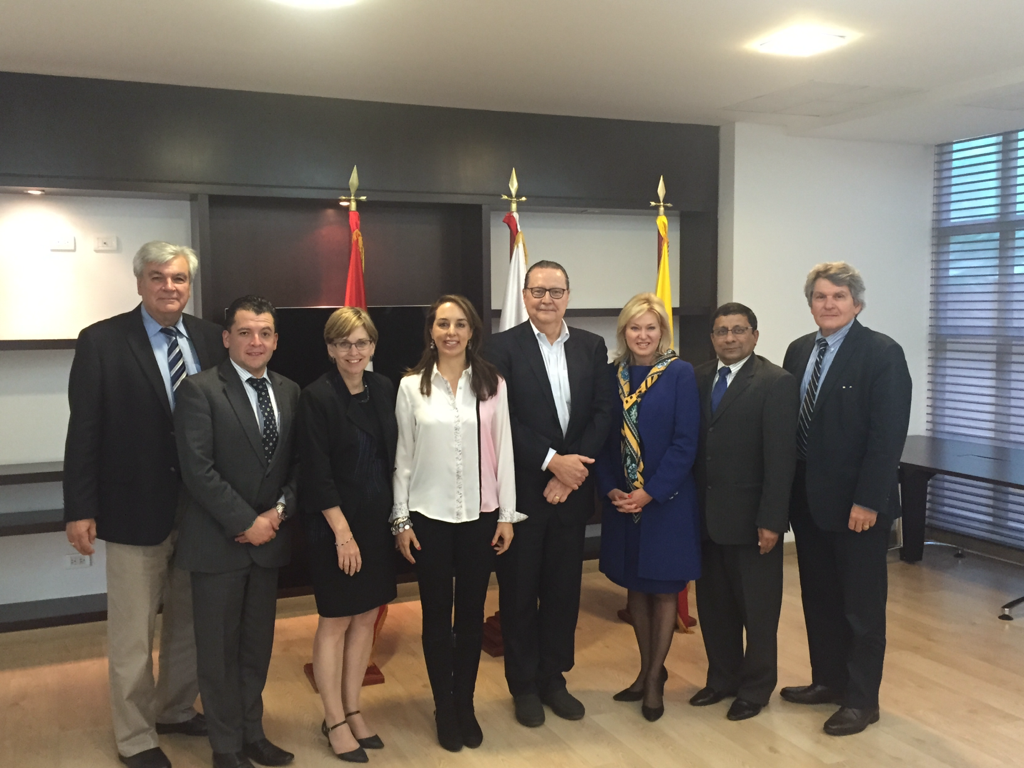 With the leaders of the Canadian-Colombia Chamber of Commerce.

Unfortunately, this meeting marked the end of our meetings in Bogota, however, I know that our Economic Development Office and the GTMA will be back in the future. The response we received from businesses in Colombia was overwhelmingly positive. There is great potential in this market and given our large Spanish speaking population, our access to the North American and European markets, as well as our highly talented and educated labour pool, we are poised to be a strong place for Colombian companies to invest. 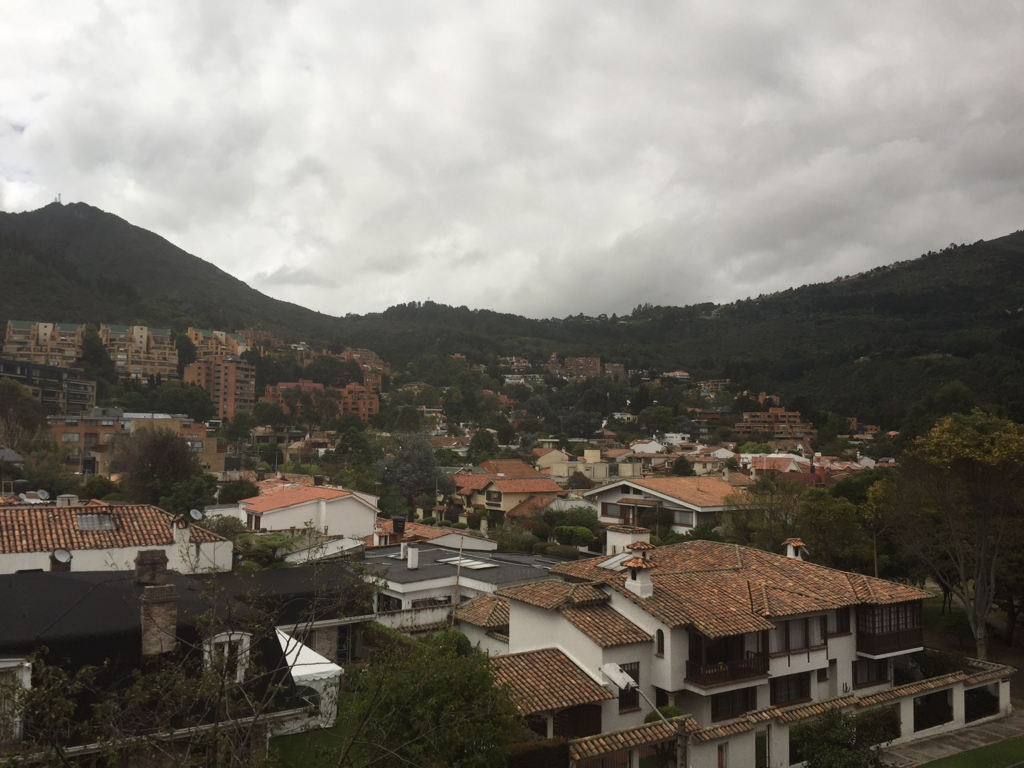 We will miss Bogota, Colombia.