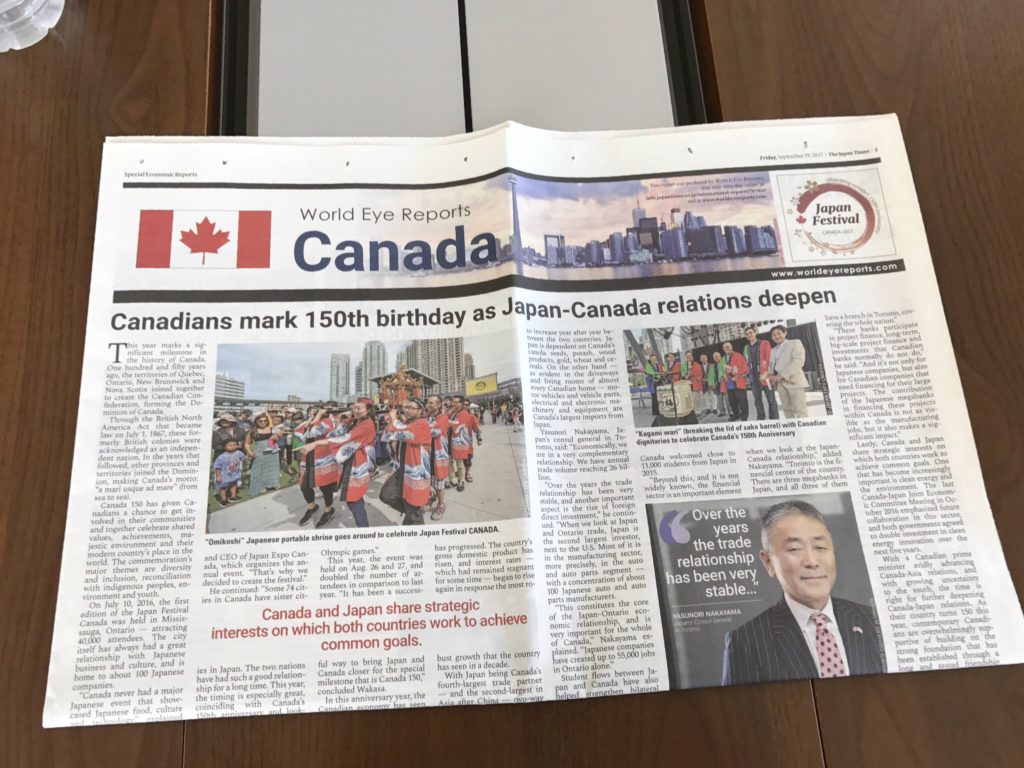 Day 4 of our Japan Investment Mission began with a bullet train ride from Nagoya to Osaka to meet with senior executives from NTN Bearings (NTN). NTN has been in Mississauga longer than Mississauga has been a city. They are a bearings manufacturer with offices around the globe, with a specialization in aerospace parts. As an example, they provide bearings for air craft engines like those made by Rolls Royce.

Former Mayor, Hazel McCallion partnered with then NTN Canada President, Mr. Suzuki, to foster Mississauga’s sister city relationship with Kariya, Japan that we have enjoyed for 36 years. Mr. Suzuki is now a Senior Advisor to NTN in Japan, and highly respected within the Japanese business community.

Mr. Suzuki and I talked at length about the success NTN has enjoyed in Mississauga and their ongoing commitment to our city and to Canada. We will continue to work with Mr. Paul Meo, President of NTN Canada and Mr. Suzuki to help NTN grow and succeed in Mississauga. 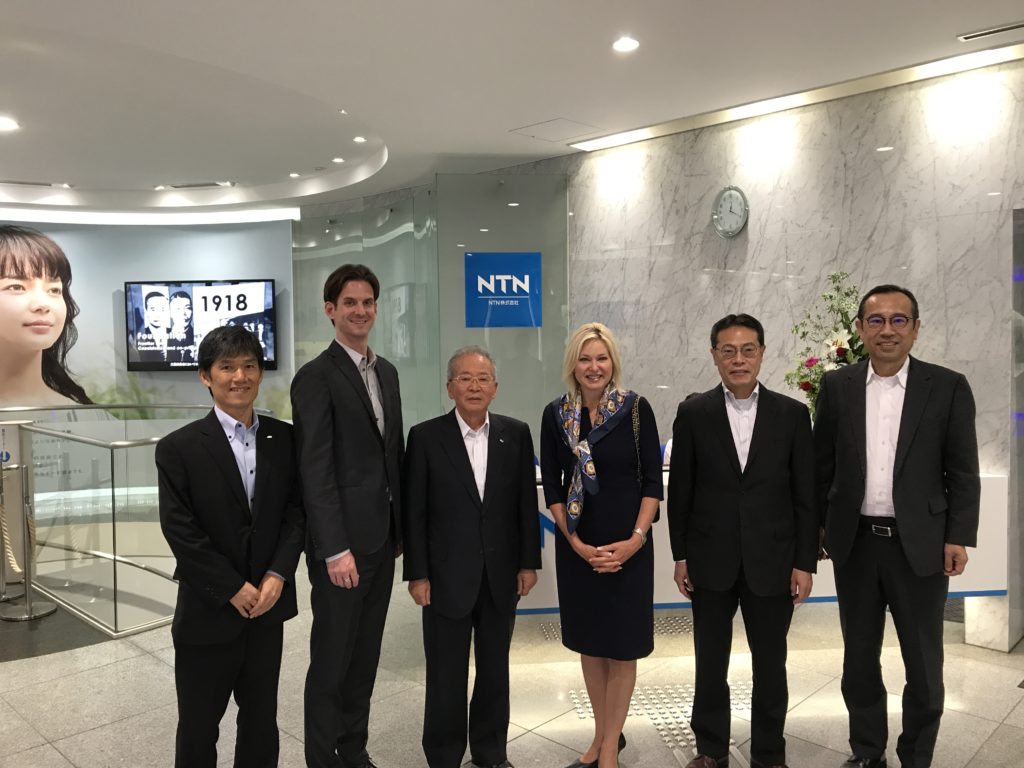 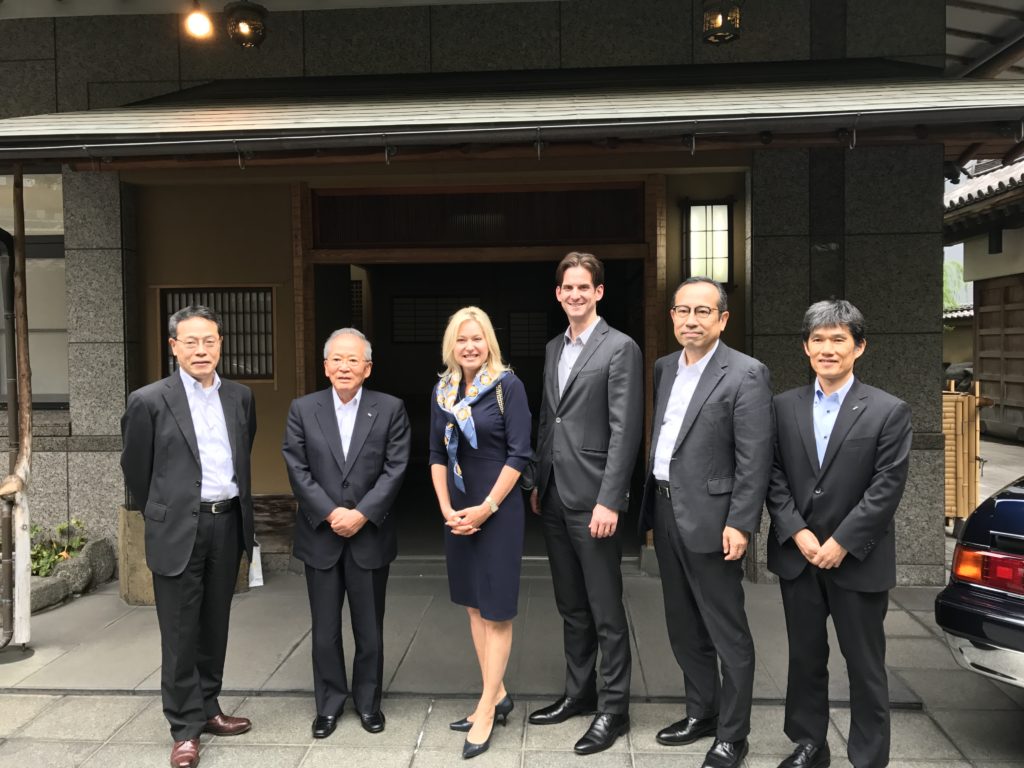 Meanwhile, at the Aeromart Conference, our team from Economic Development, led by Harold Dremin, hosted over 25 business to business (B2B) meetings with Japanese aerospace companies. About 14 of these meetings were pre-arranged, but the remainder were unscheduled. These companies had heard about Mississauga through our presentation to the conference attendees or because of the news articles. They were interested in finding out more about our city and why so many Japanese companies have located here.

Many of these meetings will generate leads, which will then be pursued by Harold and the team in the Economic Development Office. Many hours of work go into pursuing a new company, but the first step, and arguably the most important, is the first impression we make. In this case, at the Nagoya Aeromart Trade Event, we made a strong first impression with many companies. Mississauga is definitely on the map with the aerospace industry in Japan!

Following our productive and important meeting with NTN, we boarded the bullet train to Kyoto, Japan, one of the stops between Osaka and Nagoya. Kyoto is an ancient and beautiful city, rich in history and culture. It is home to over 2,000 temples and shrines! We took some time to visit the Kyoto Jishu Temple, one of the largest and most notable temples in Kyoto. I do not believe you can understand the business environment in a country without first understanding the culture of its people. Understanding the rich and vibrant history that drives the Japanese people helps me better understand how they do business and how to better make connections and build relationships.

Our brief stop in Kyoto will hopefully not be my last, but gave me a glimpse into Japanese history, as well as the beauty of the landscape. On missions like these, we often see our hotel rooms, meetings rooms, banquet rooms, and the inside of taxis. For a short period, it’s nice to see a little more of the country. 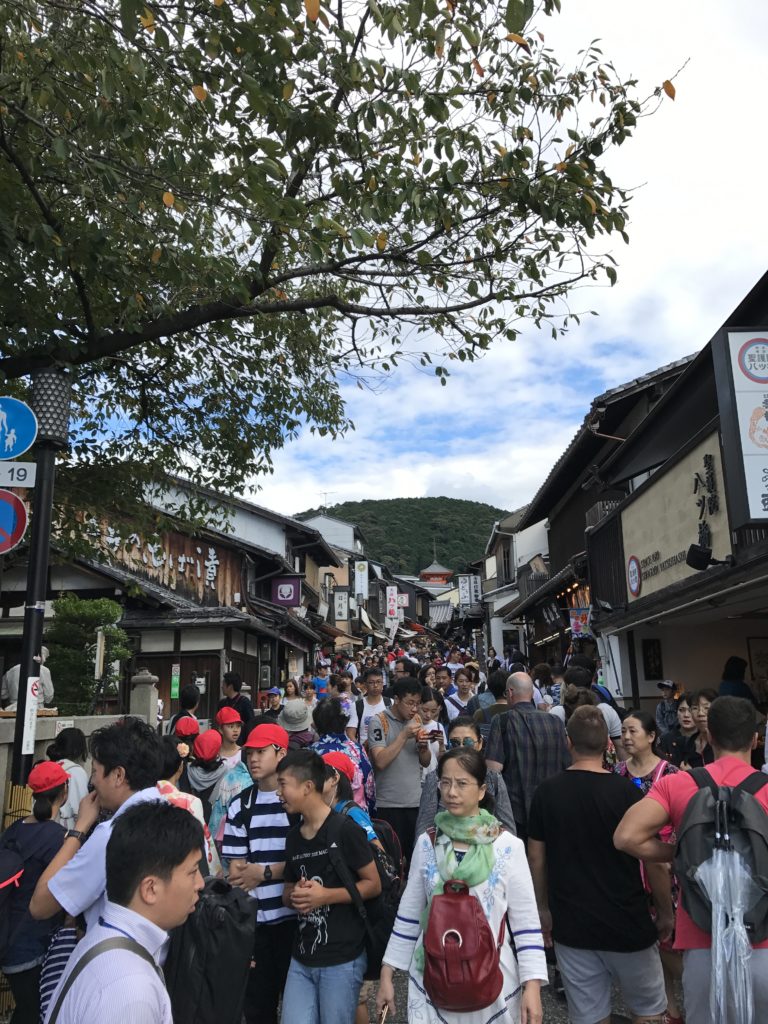 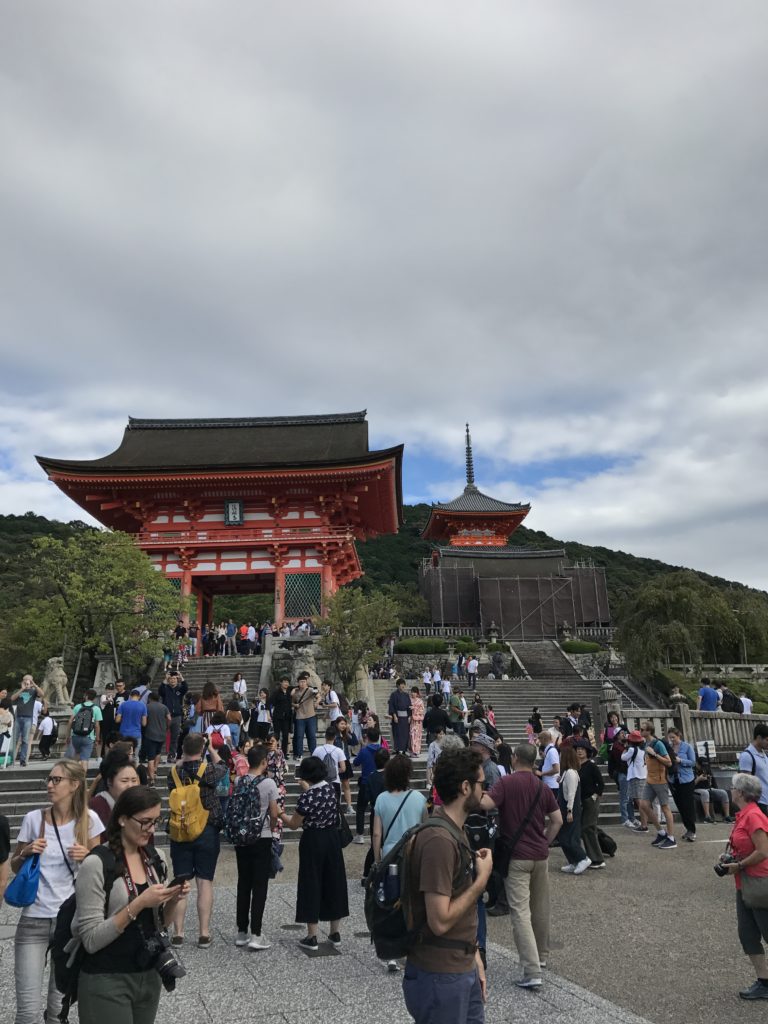 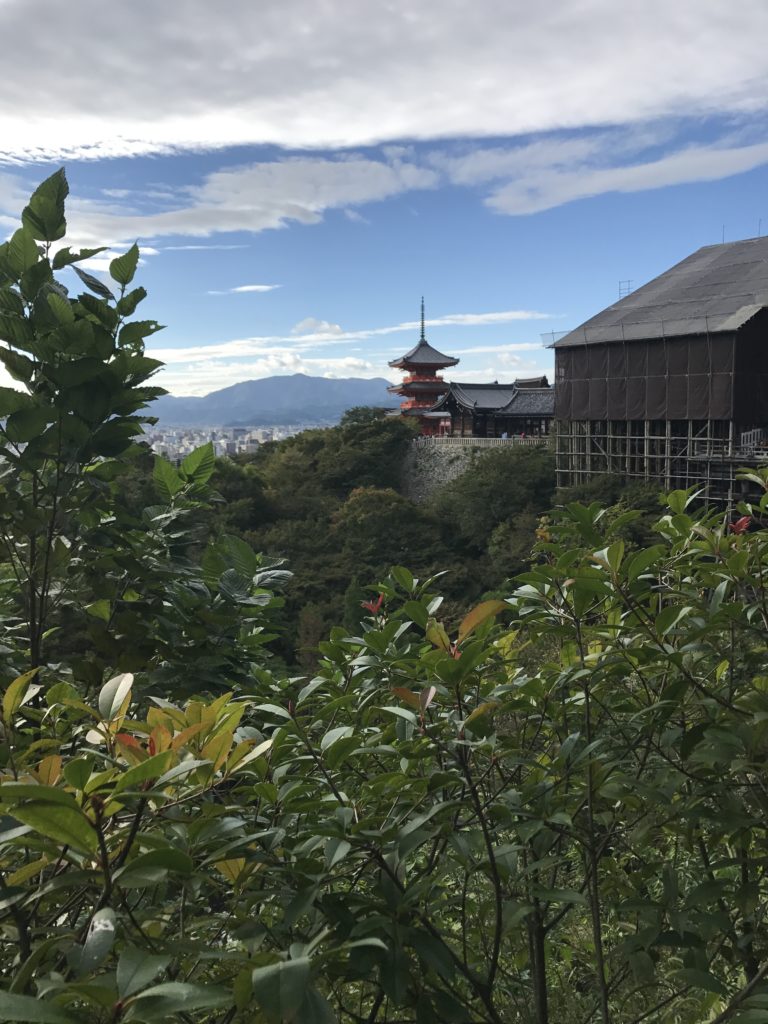 Photos of the Kyoto Jishu Temple

On the morning of Day 5, we met with app game company, A Team who specializes in the development of games for mobile phones. Brady Mehagan, an Ontario native, gave us an overview of their operations, but more importantly the app game marketplace in Japan. It’s a highly volatile market with companies growing rapidly based on the popularity of the games they make. Mississauga is home to a growing and vibrant Information and Communications Technology (ICT) industry, with the Canadian head offices of Oracle, Microsoft, HP Canada, Samsung, and many more. We are home to over 500 ICT companies employing over 30,000 people. We are well-positioned to provide a North American location for companies like A Team. This is a market we will continue to study and pursue in the months to come. 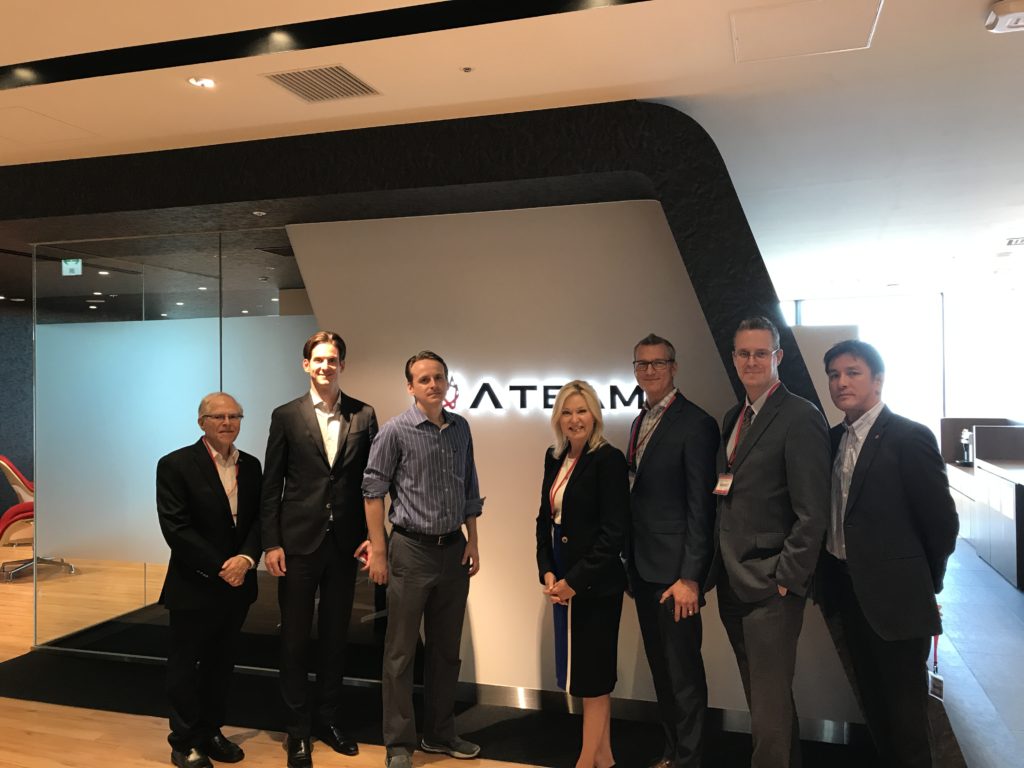 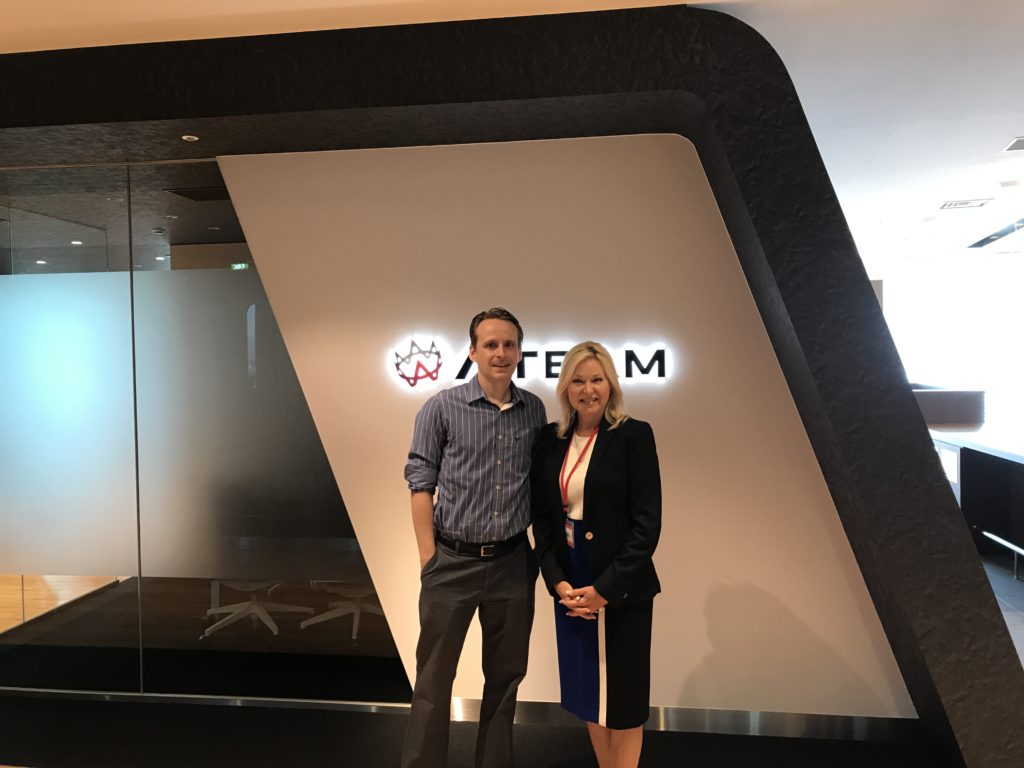 Following the meeting with A Team, I joined our Ontario Trade Representative, David Perdue and Canadian Trade Consul, Chenier LaSalle, for a trip to our sister-city, Kariya, Japan. I had the pleasure to meet with Mayor Takenaka and other members of his government to discuss our ongoing relationship and how we can work together to strengthen the ties between Mississauga and Kariya, as well as between Japan and Canada. 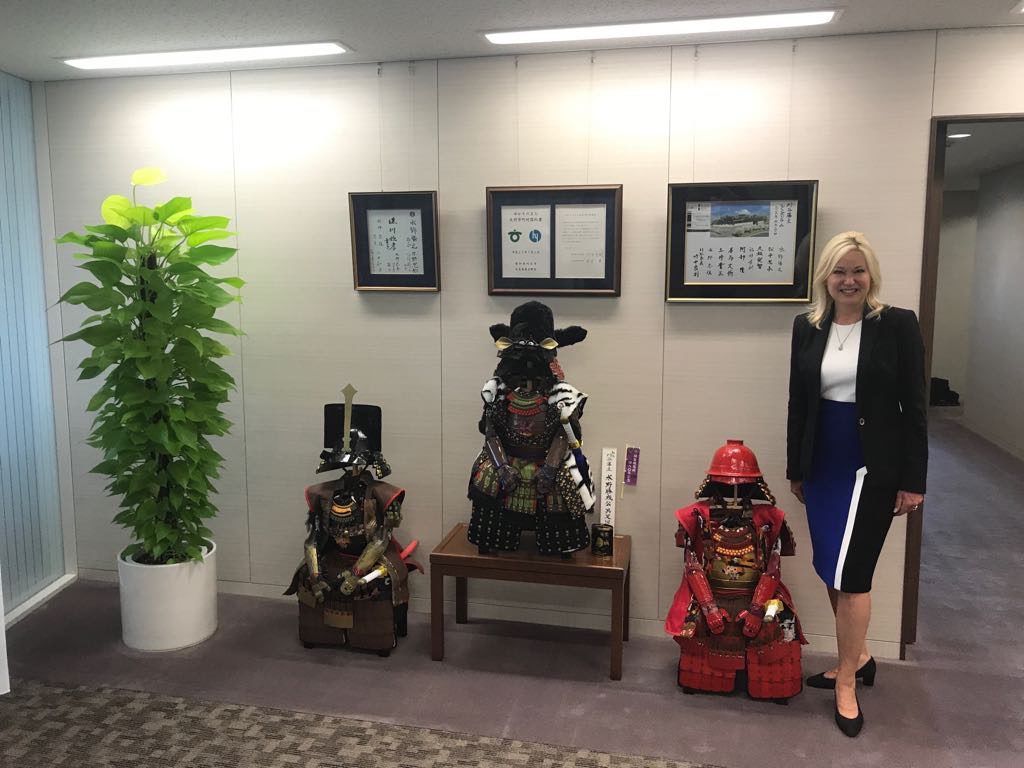 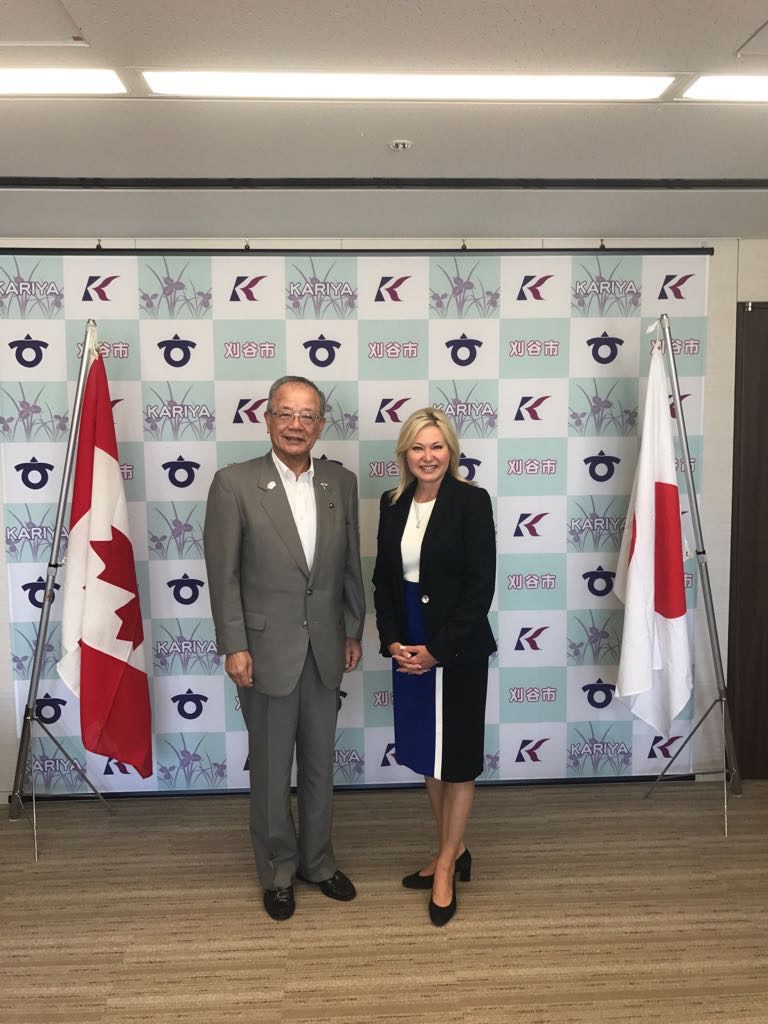 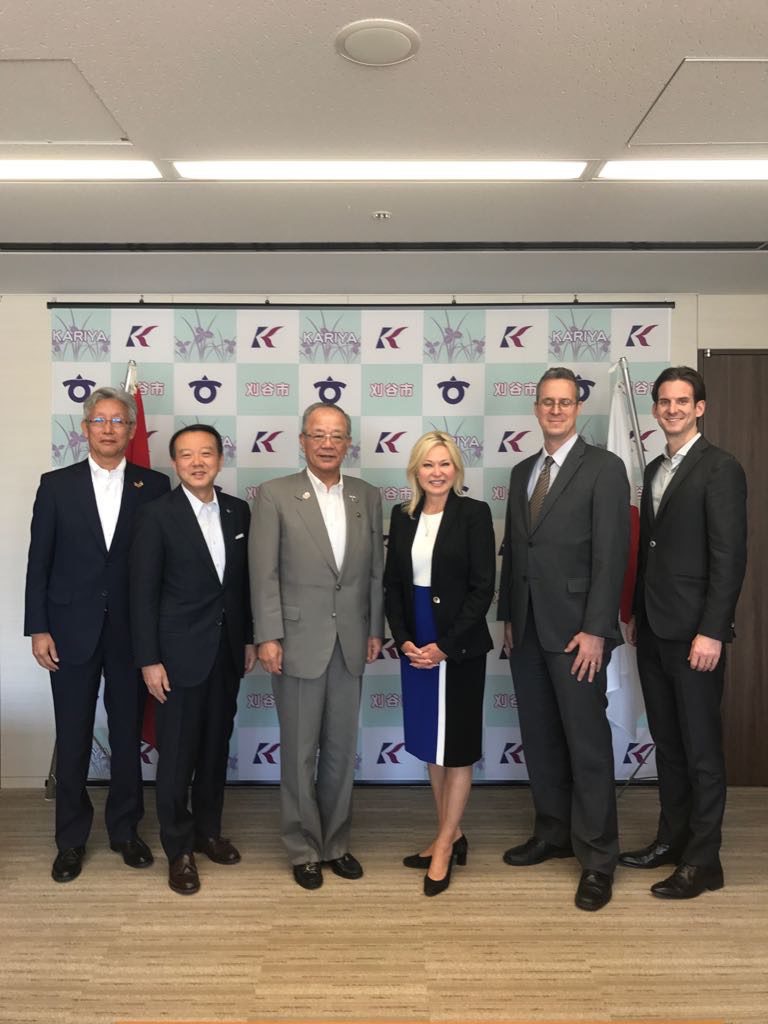 Kariya was featured prominently this August when Mississauga hosted Japan Festival, one of the largest Japanese festivals in North America. We estimate between 70,000 – 80,000 people attended Celebration Square during the two day festival. The festival has been such a success, it has attracted the attention of the Japanese newspaper, The Japan Times, the largest English newspaper in Japan. Mississauga was featured prominently in the paper this morning.

Photo Caption: If you look closely, you can see Councillors Kovac and Starr in the news!

There is a definite “buzz” about Mississauga in Japan these days!

Perhaps one of the highlights of the trip was the Canada 150 Maple Leaf Gala hosted by the Canada Chamber of Commerce, Japan. The event was in honour Canada’s 150th anniversary and in attendance were many Japanese companies with Canadian connections. I was honoured to be invited to sit at the head table by Canadian Ambassador, Ian Burney along with Princess Takamado of the Japanese Imperial Family. It was a pleasure to meet the Princess and talk about the strong relationship enjoyed by Canada and Japan. Meeting the Princess was truly the honour of a lifetime and I am thankful to Ambassador Burney to have had the chance to do so. 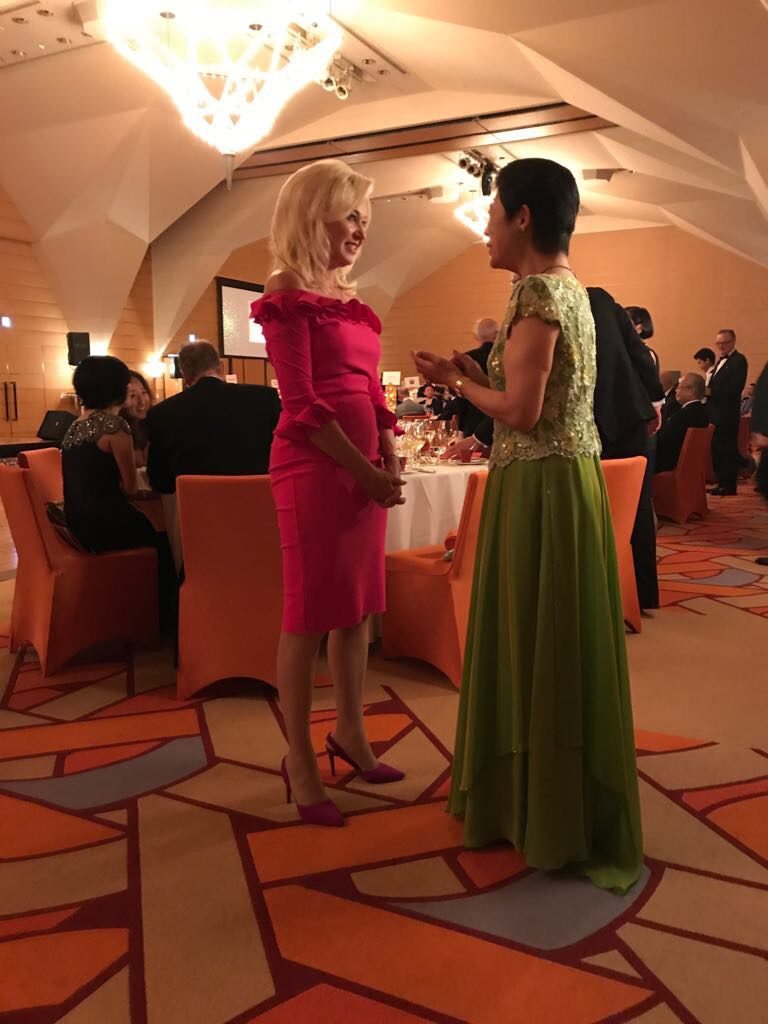 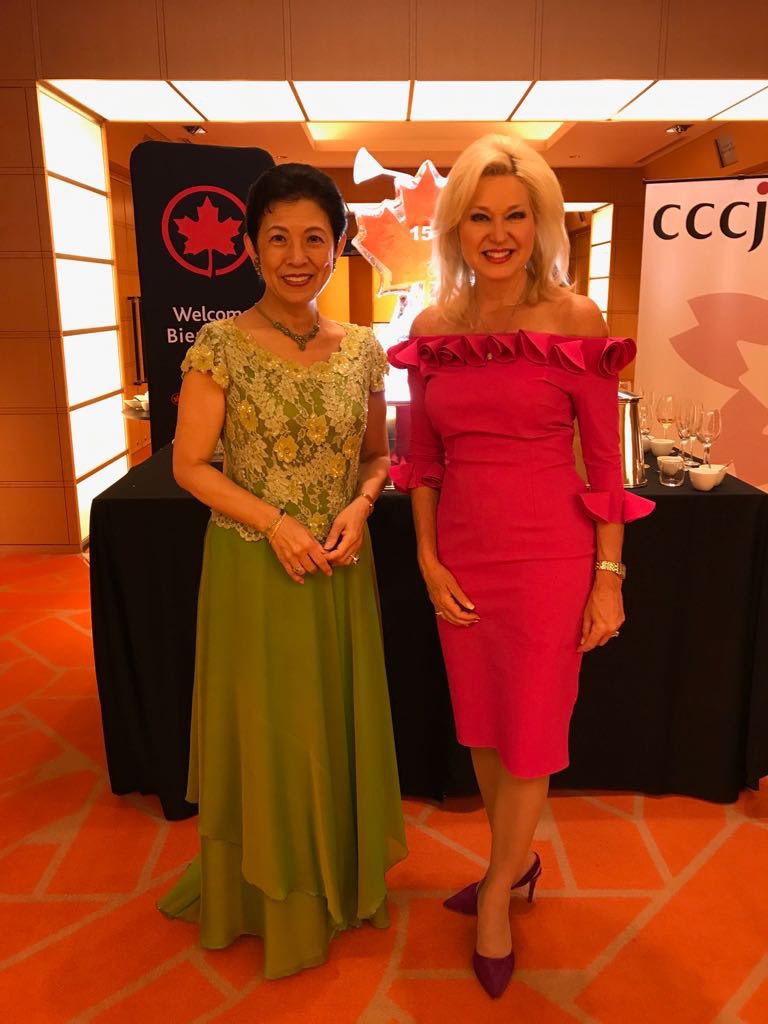 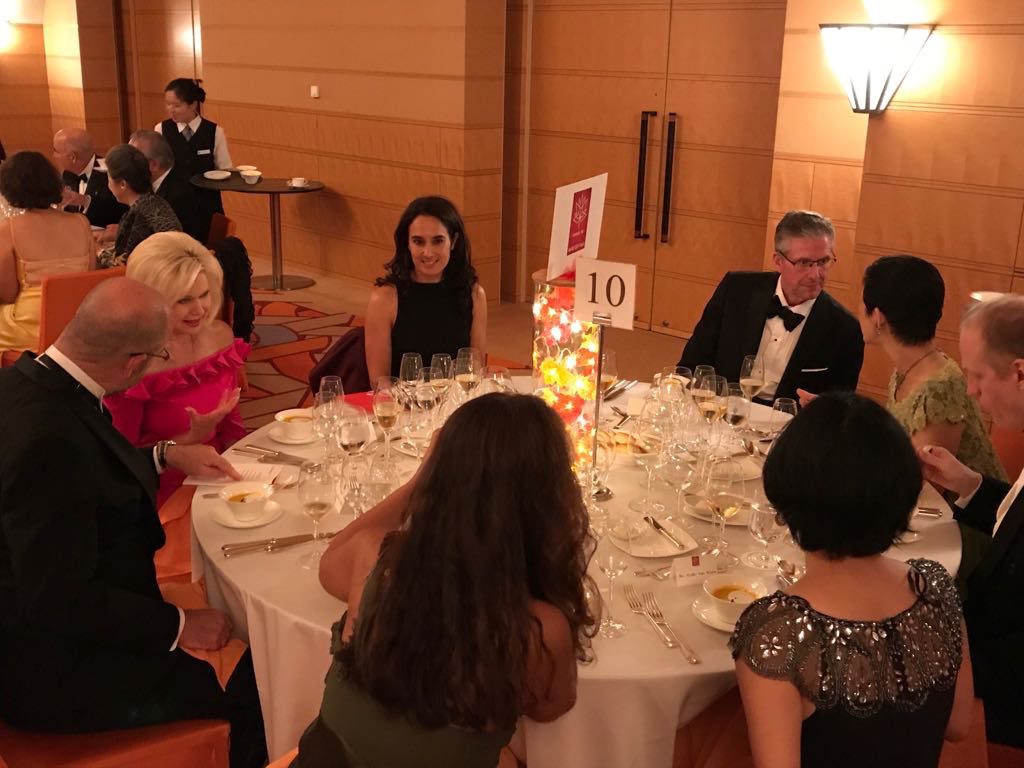 The fact that the Princess was in attendance at this event underscores the strength of the relationship is between our two countries.

I want to thank the entire Mississauga Economic Development Office team for their work in putting this mission together. They work tirelessly behind the scenes to not only attract new businesses to Mississauga, but also work closely with the ones already here so that they may grow and prosper.

I also want to thank Ambassador Ian Burney and his team for their warmth and hospitality, as well as for helping to organize the Monday night reception with over 70 businesses in attendance at the Ambassador’s official residence. They made Mississauga feel right at home in Japan.

Our investment mission to Japan was a successful one. There will be more exciting announcements in the coming days, however from a reputational perspective, Mississauga is strong. We sent a strong signal to the Japanese business community that we are open for business and that Japanese businesses can be profitable here. We planted many seeds that will hopefully grow, through the hard work of Mississauga’s Economic Development Office, into new companies locating in Mississauga.