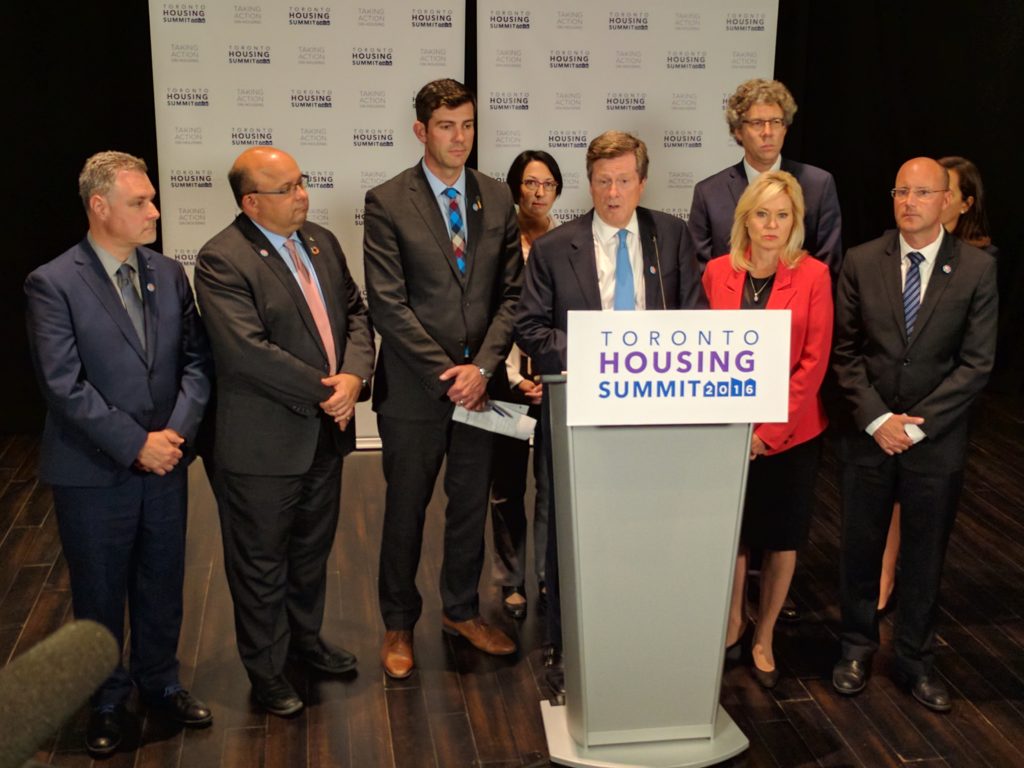 Mayor Crombie: Affordable Housing is Critical to City-Building and Nation-Building

Toronto – Make no mistake, Canada’s big city mayors are not just asking the federal government for increased funding commitments, we have come to the table with real solutions that will get shovels in the ground, affordable housing built and improve the quality of life of residents in need, Mississauga Mayor Bonnie Crombie said today.

“People should be able to both live and work in the community they want to call home,” added Mayor Crombie, who attended the Toronto Housing Summit hosted by Mayor John Tory. Also in attendance were representatives from the Federation of Canadian Municipalities (FCM), along with members of the Big City Mayors’ Caucus (BCMC).

Mayor Crombie stressed that “meeting housing needs cannot be the responsibility of one agency or body and will depend on strong partnerships, collaborations and the sharing of resources and information. We will work with our federal counterparts and the Region of Peel to secure our share,” Mayor Crombie added.

Housing is a major contributor to economic growth, social stability, health, education and household wealth, Mayor Crombie said during the panel discussions, adding that “every dollar in affordable housing generates $1.40 increase in Gross Domestic Product and every dwelling generates approximately 3 years of employment.”

“The economic benefits of available affordable housing improve opportunities for businesses to recruit and retain employees and improve efficiencies and economic gains due to reduced staff turnover.”

Mayor Crombie added that “affordable housing is also at the heart of our plans to build a complete city – a Mississauga where people have access to modern public transit, can find good-paying jobs, earn an education and enjoy an unrivalled quality of life.”

“Housing affordability is an issue for one in three households in Mississauga. Demand continues to increase and so do prices. It’s the blessing and the curse of Mississauga. Our city is a place people dream of calling home.”

“As Mississauga Council moves forward with building the new Hurontario Light Rail Transit (LRT) – a transit initiative that will change the way residents live and move around our City – we are committed to having a plan requiring a minimum number of affordable housing units in future buildings along this important route,” Mayor Crombie concluded.

“We don’t want people priced out and pushed out of our community.”