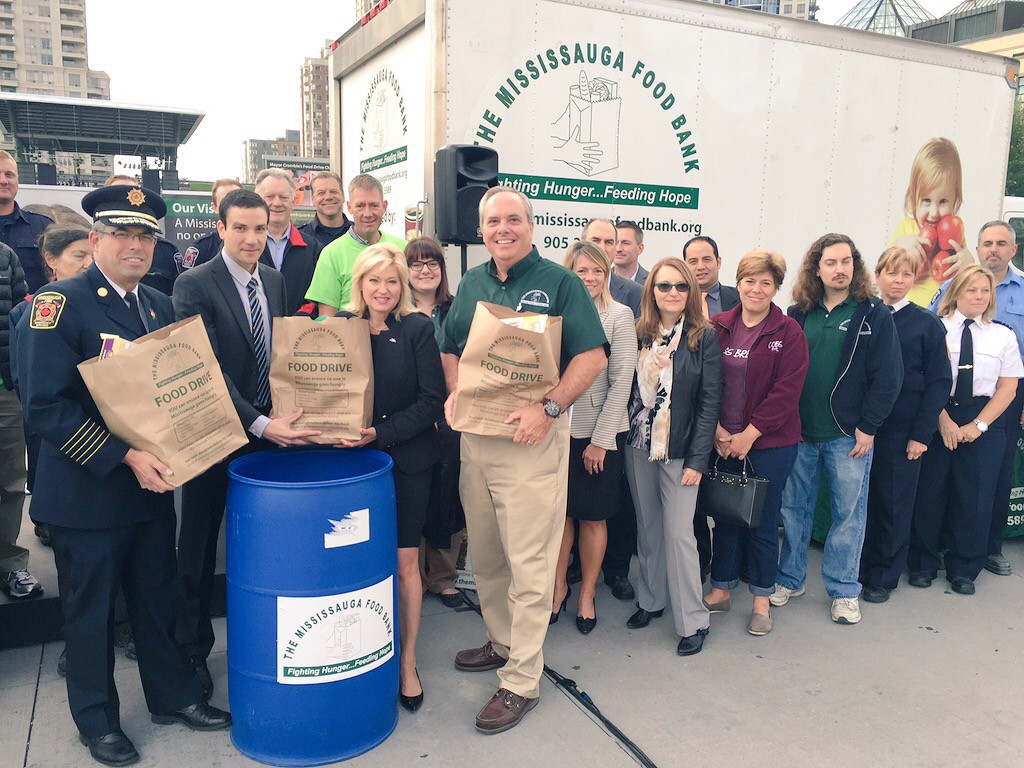 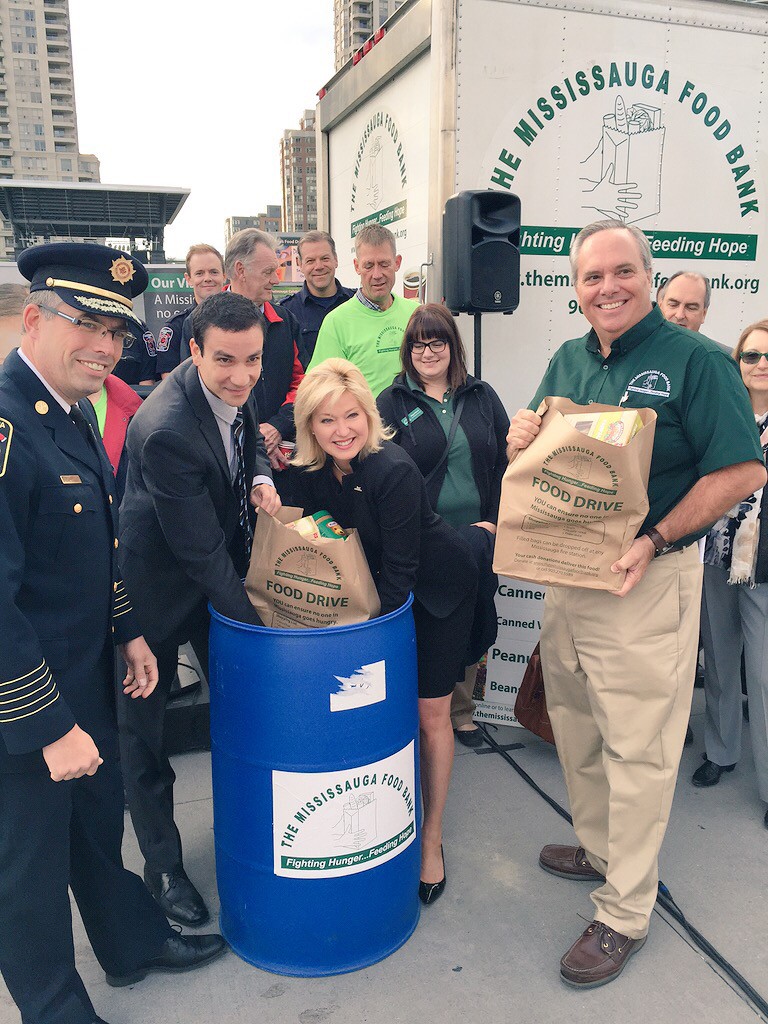 Mississauga, ON — Today, Mayor Crombie kicked off Hunger Awareness Week at Celebration Square with the launch of the Mayor’s City-Wide Food Drive Challenge in partnership with the Mississauga Food Bank and Mississauga Fire and Emergency Services. The initiative is a friendly competition between each of Mississauga’s eleven wards and will see them go head-to-head in an effort to collect the most non-perishable goods at their local firehall.

“We encourage residents to donate non-perishable goods to their local firehalls. With Thanksgiving around the corner, these contributions will help ensure families can enjoy a warm cooked meal and share in new memories together during the holidays,” said Mayor Crombie, who committed to holding a city-wide food drive during the 2014 municipal election.

Residents are asked to drop off non-perishable food donations at their local fire stations. Food will be weighed between September 21 – October 16 and the ward that has collected the most amount of food will be declared the winner on October 17. Key objectives for this year’s Drive include raising 80,000 pounds of food and $80,000 by October 16.

During the Food Drive Challenge, COBS Bread will provide a certificate for a free loaf of bread to every donor who donates food at a fire station or The Mississauga Food Bank warehouse.

“Our fire stations are well positioned throughout the city and provide easy drop off points in most neighbourhoods.  We encourage everyone to reach into their cupboards and drop off much needed food to your local fire station.”

During the event The Mississauga Food Bank released its 2015 Face of Hunger report that profiles food bank users in Mississauga. The report found that 13,000 individuals visit the food bank monthly; over 112,000 people in Mississauga live below the poverty line; and that the average age of a food banks user is 46.

Chris Hatch, Executive Director of The Mississauga Food Bank, said “Thanksgiving is a critical time for Mississauga to rally together to raise food and funds to feed our hungry neighbours. We are so appreciative to Mayor Crombie for creating the City-Wide Food Drive Challenge and to Mississauga Fire and Emergency Services for partnering with us to make this campaign a success.”

Mayor Crombie concluded, “There is no shortage of compassion in Mississauga. We are a City that cares. We are a people who want to do more, and give back more.”

For a list of all drop off locations by ward, please visit www.mayorcrombie.ca or http://www.themississaugafoodbank.org/mississauga-food-bank-events/mayorschallenge/. For a ward map of Mississauga, please visit: http://www.mississauga.ca/portal/pb/wardmap. Please note that for the purpose of this challenge, Ward 4 residents will utilize Fire Headquarters located at 15 Fairview Road West.