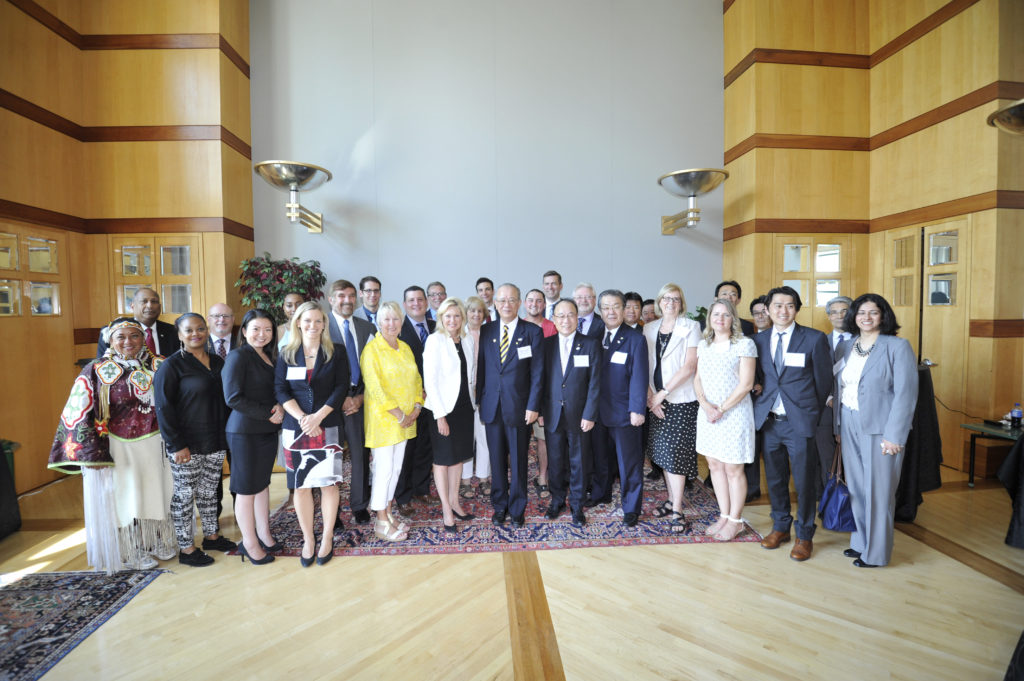 During the formal welcoming reception the Japanese flag was flown at Celebration Square.

“In April, I joined our Economic Development Office for an investment Mission to Japan. We held meetings with business and government leaders in Tokyo, Osaka, Nagoya and Kariya. During this investment mission I had the opportunity to first meet with Mayor Takenaka.”

“Mississauga is proud to be home to 101 Japanese-based companies – more than any other Canadian city,” Mayor Crombie said. “In June 2016, Japanese-based Konica Minolta officially opened its new headquarters in Mississauga.”

During what was an afternoon filled with meetings and events, Mayor Crombie presented Mayor Takenaka with an Ojibway Hand Drum. The drum is hand-painted to reflect and honour the visual narrative values of both the Japanese and Anishinaabe people.

During his time in Mississauga, Mayor Takenaka also participated in Canada Day festivities at Celebration Square and in Port Credit.

“Once again, I want to thank Mayor Takenaka for joining us here in Mississauga. We look forward to the next 35 years, as both Mississauga and Kariya renew our commitment to strengthen relations between our people, our businesses and to further celebrate our shared values.”