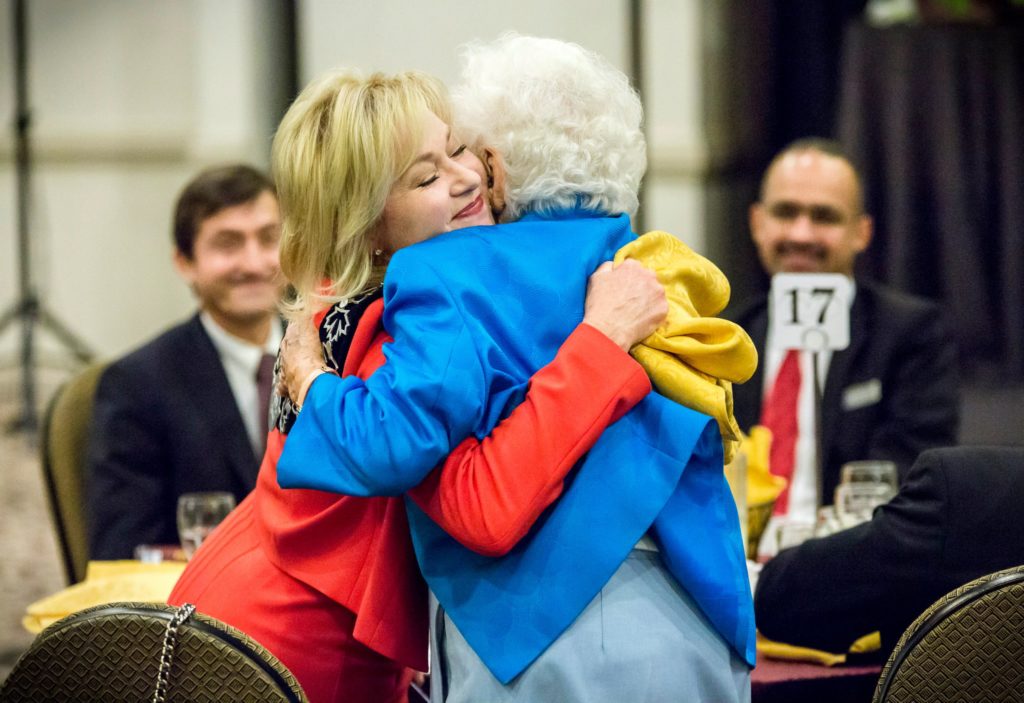 I want to congratulate my colleague, Mississauga—Brampton South MPP Amrit Mangat, on the successful passage of the bill she sponsored at the Ontario Legislature, which proclaims February 14 of each year as Hazel McCallion Day – an opportunity for all Ontarians to celebrate the legendary city-builder, Hazel McCallion, Mayor Bonnie Crombie said today.

During General Committee today, Mayor Crombie put forward a Notice of Motion for Council to formally endorse the Hazel McCallion Day Act. This will be discussed at the February 8 Council meeting. To mark this important milestone, Mayor Crombie and MPP Mangat will host a community reception ceremony with former Mayor McCallion, Council, dignitaries and members of the community. During the reception, McCallion will be formally presented with a copy of Bill 16.

MPP Mangat added “Hazel McCallion is a public figure who is a true example of tenacity, courage, fighting spirit and sincerity. The Bill hopes to raise the profile of Hazel McCallion as a role model for women, and in particular young impressionable women, in order to inspire them to pursue life paths as leaders in their community and professional lives”.

To further mark Hazel McCallion Day festivities, the City’s clock tower will be lit up in the colour red on February 14, Mayor Crombie said, adding that “Hurricane Hazel was a city-builder and a nation-builder. Mayor McCallion continues to be a staple at Canada Day festivities in Port Credit, at Celebration Square and in Streetsville, wearing red and white and the Maple Leaf flag. It is only fitting that we mark this important day with another celebrated milestone – Canada 150.”

As part of Canada 150 festivities the City of Mississauga’s Culture Division will discuss plans for the “Do Your Homework” exhibit – a planned exhibit as part of the City’s Canada 150 initiatives to be formally unveiled on April 12, 2017 – highlighting Mayor McCallion’s notable accomplishments during her 36 year tenure as Mississauga’s chief magistrate.

Mayor Crombie concluded “I invite the entire community to come together to join Council and MPP Mangat to celebrate the life and accomplishments of Hurricane Hazel – a larger than life public servant who shaped Mississauga’s future and always put our community first.”