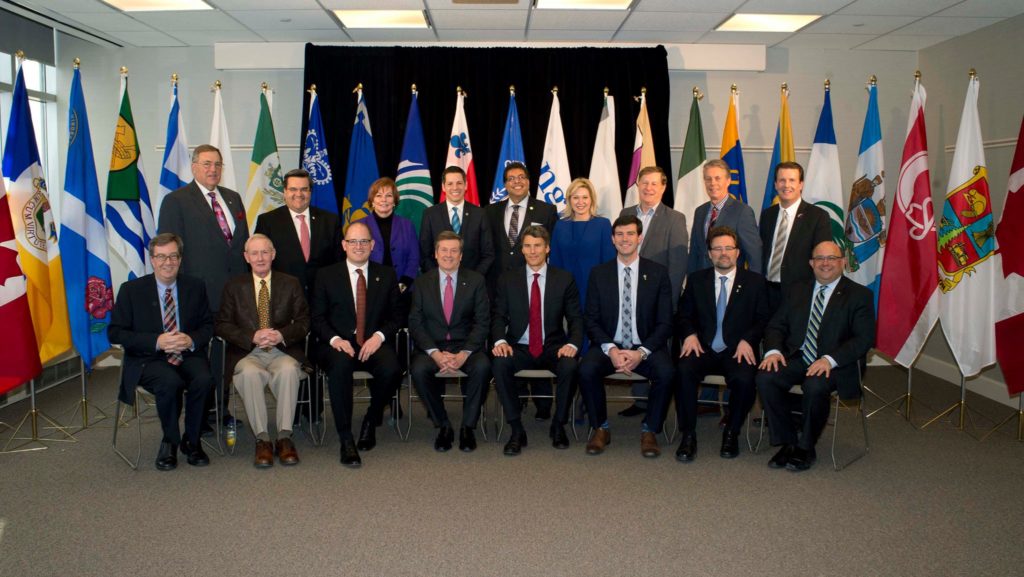 There is strength in numbers and when Canada’s local leaders work together, we can ensure that city-building priorities including transit, infrastructure and housing remain at the top of the federal government’s agenda, Mayor Bonnie Crombie said today.

Mayor Crombie heads to Ottawa for meetings organized by the Federation of Canadian Municipalities (FCM) – a national advocacy organization that represents 90 per cent of Canada’s municipalities.

Mayor Crombie is a member of FCM’s Big City Mayors’ Caucus (BCMC) which brings together representatives from 22 of Canada’s biggest cities, offering a forum for policy development on a range of issues affecting the country’s largest municipalities.

“Whether you live in Edmonton, Montreal, Halifax, or Mississauga, we all succeed when our cities are thriving places that connect residents with new opportunities for personal growth, and an unrivalled quality of life,” Mayor Crombie added.

During the meetings, Mayor Crombie will brief her mayoral colleagues about the City of Mississauga’s ongoing efforts to give people more options for affordable, stable and safe housing with the City’s Making Room for the Middle: A Housing Strategy for Mississauga.

Ongoing challenges cities face with the opioid crisis will also be raised, Mayor Crombie said, adding that “while we in Mississauga and Peel Region are not seeing the staggering number of overdoses similar to British Columbia, our numbers appear to be climbing as per previous reports.”

Mayor Crombie raised the issue of opioids and illicit fentanyl in January 2017 at Peel Council, saying “the health, safety and well-being of our residents and neighbourhoods are always a priority.” Last week, BCMC released a report detailing city-based solutions to tackling the opioid crisis. Crombie praised Vancouver Mayor Gregor Robertson for being “a national voice on the need to address fentanyl”, through Mayor Robertson’s ongoing advocacy work on this issue with BCMC.

Mayor Crombie has requested the report be added to the Peel Council agenda on June 8th for further discussion with staff.

Mayor Crombie concluded “this year marks the 150th anniversary of Canada’s founding. I have always said that Canada’s municipalities are the cornerstone of Confederation and the work local governments undertake will ensure we continue to shape our nation’s promising future for the better.”