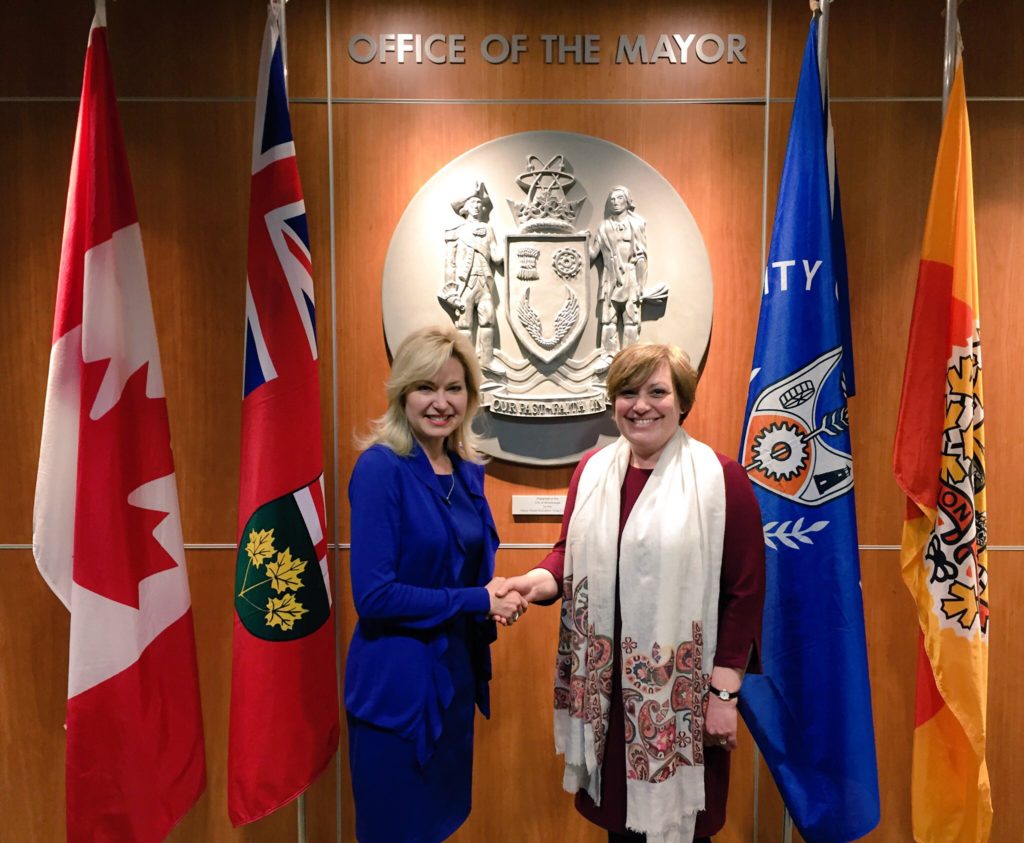 According to the Canadian Trade Commissioner Service, the Israeli market offers Canadian companies opportunities for growth in a number of markets, notable life sciences and aerospace.

“Mississauga is home to over 430 life science companies, employing over 22,000 people,” Mayor Crombie said, adding that “our community is also home to Canada’s largest aerospace cluster by employment.”

In May 2016, Premier Wynne and the provincial government undertook her first economic development mission to the Middle East.

“Working with Toronto Global, municipalities will take on a bigger leadership role to build up the Toronto Region as a world-class destination for job creators to invest, innovate and remain ahead of the competition.”

In the past, Mayor Crombie and EDO staff have met with a number of diplomats at City Hall including representatives from India, Turkey, Japan, China and Pakistan.

Mayor Crombie concluded “Mississauga and Toronto Region are blessed with diversity. Our cultural connections can lead to economic opportunity. I look forward to working closely with Consul General Baram, and our partners from around the world, to help Mississauga press ahead with our international businesses attraction and investment efforts.”