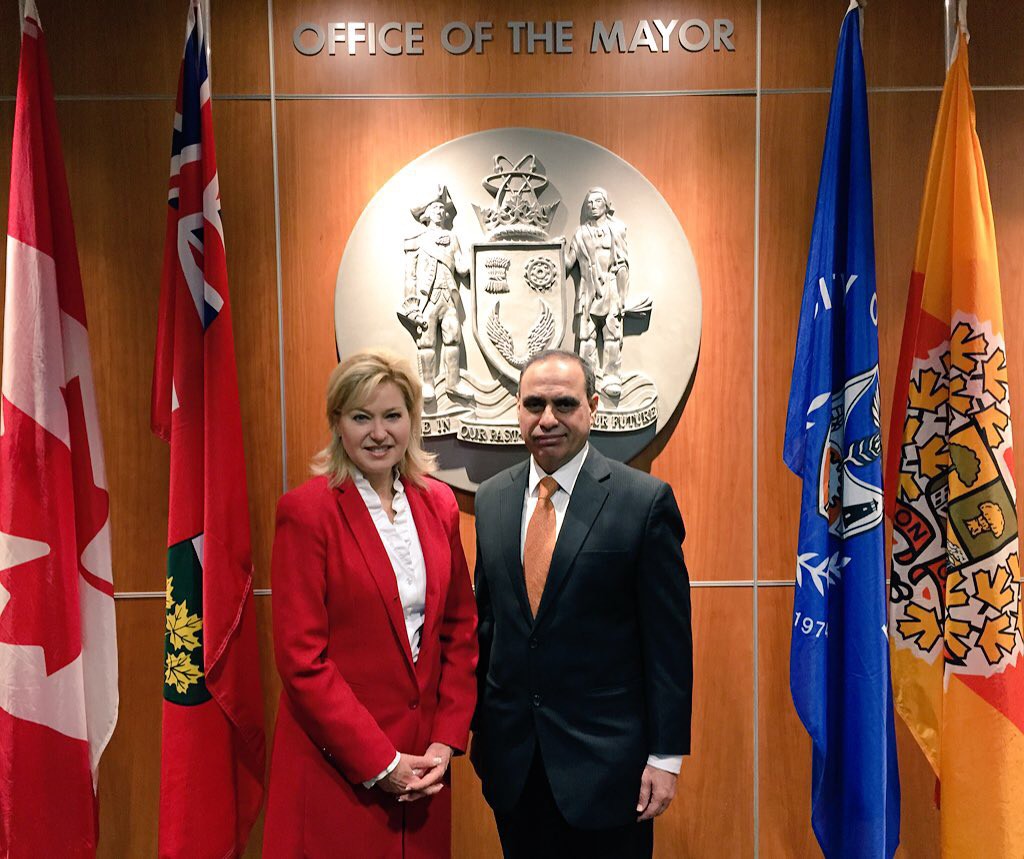 Mississauga – On behalf of the City of Mississauga and Members of Council, it gives me immense pleasure to formally welcome Consul General Asghar Ali Golo, Pakistan’s Consul General, to City Hall for his first official visit with Council and staff, Mayor Bonnie Crombie said yesterday.

Mayor Crombie and Consul General Golo were joined by Susan Amring, Director of Economic Development, and Samir Dossal, President of the Canada-Pakistan Business Council, where they discussed potential local economic development opportunities. This was followed by a roundtable discussion with members of the Diversity and Inclusion and Advisory Committee (DIAC), along with individuals from the Pakistani-Canadian community.

Crombie said “Mississauga is home to an active, engaged and thoughtful Pakistani community – made up of men and women who have invested back into our community as entrepreneurs, business owners and accomplished professionals.”

“In Mississauga we celebrate our cultural diversity and understand that our diversity is an important asset that positions us to generate economic development opportunities,” Crombie added, citing that Mississauga is home to Pakistan International Airlines. The aerospace industry, as a whole, is responsible for 25,000 jobs in Mississauga.

“Strengthening relations between Mississauga and global communities is a leading priority for all members of Council.”

Over the last year Mayor Crombie has also met with the Indo-Canada Chamber of Commerce; the Mississauga Chinese Business Association; the Canada-Poland Chamber; along with diplomatic representatives from India, China, Poland and Japan.

Crombie concluded “Growing Mississauga’s connections to markets, including places like Pakistan, will lead to new local business opportunities, in this increasingly interconnected world.”