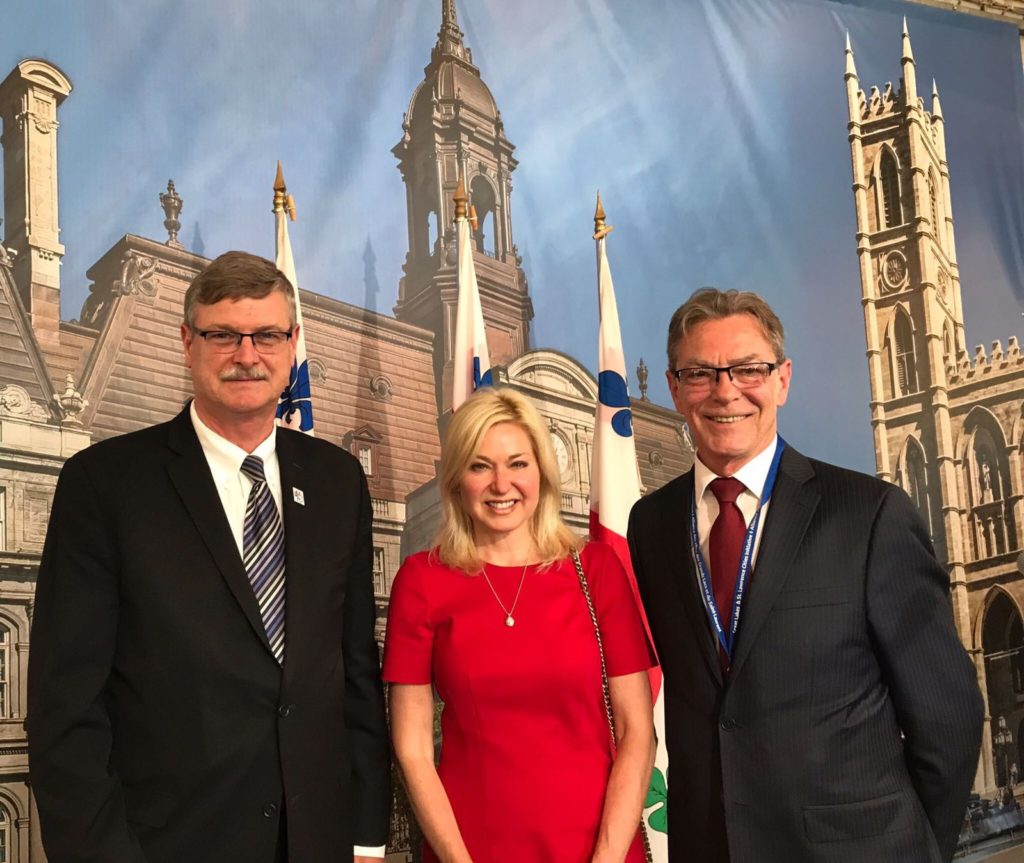 Since the Great Lakes are shared by the United States and Canada, and the St. Lawrence is a significant waterway to both countries, the creation of this Biosphere Reserve would be the first Transnational Biosphere Reserve in North America, Mississauga Mayor Bonnie Crombie said today while attending the 2017 Great Lakes and St. Lawrence Cities Initiative Annual Meeting and Conference in Montreal. Mayor Crombie was joined by Ward 1 Councillor Jim Tovey.

During the Conference Mayor Crombie won unanimous approval from delegates for a motion  to designate the Great Lakes, the St. Lawrence River and the Great Lakes and St. Lawrence River basin as a United Nations, Educational, Scientific and Cultural Organization (UNESCO) Biosphere Reserve. The motion was seconded by Paul Dyster, the new Chair of the Cities Initiative and Mayor of Niagara Falls, New York.

“Such a status would demonstrate that the cities around the basin are serious about protecting the future of these beautiful waterbodies,” said Ward 1 Councillor Jim Tovey who first initiated the motion. “Seeking this status demonstrates the tremendous pride we have in the globally important waters right in our backyards,” added Councillor Tovey who represents the waterfront communities of Port Credit and Lakeview.

According to UNESCO this designation would lead to the largest biosphere on the planet. There are only 18 other Biosphere Reserves in Canada, some in urban centres, and some more remote. Biosphere reserves are areas of terrestrial and coastal ecosystems promoting solutions to reconcile the conservation of biodiversity with its sustainable use. Reserves serve in some ways as “living laboratories” for testing out and demonstrating integrated management of land, water and biodiversity. Collectively, biosphere reserves form a World Network. Within this network, exchanges of information, experiences and personnel are facilitated.

Councillor Tovey said “in a time when the future health of the Great Lakes seems uncertain due to funding cuts, we believe it is important that we highlight the incredible importance of the Great Lakes watershed to not only our respective countries in terms of the environment and economy, but also the entire continent and planet.”

The UNESCO designation is a lengthy process, at times taking up to 10 years. This motion gets the process started, while at the same time sending a powerful message to leaders on both sides of the border. The designation will have no effect other than being symbolic, Mayor Crombie said, adding that “which is critically important to the health and wellbeing of our citizens in these times of uncertainty.”

The Great Lakes and St. Lawrence Cities Initiative is a coalition of 130 cities, including the City of Mississauga, from Canada and the United States representing over 17 million people who work together for the long term protection and restoration of the resource. The mayors work closely with state, provincial, federal, tribal, first nation, metis, industry, and non-government representatives from across the basin to protect, restore, and sustain one of the largest freshwater resources in the world.