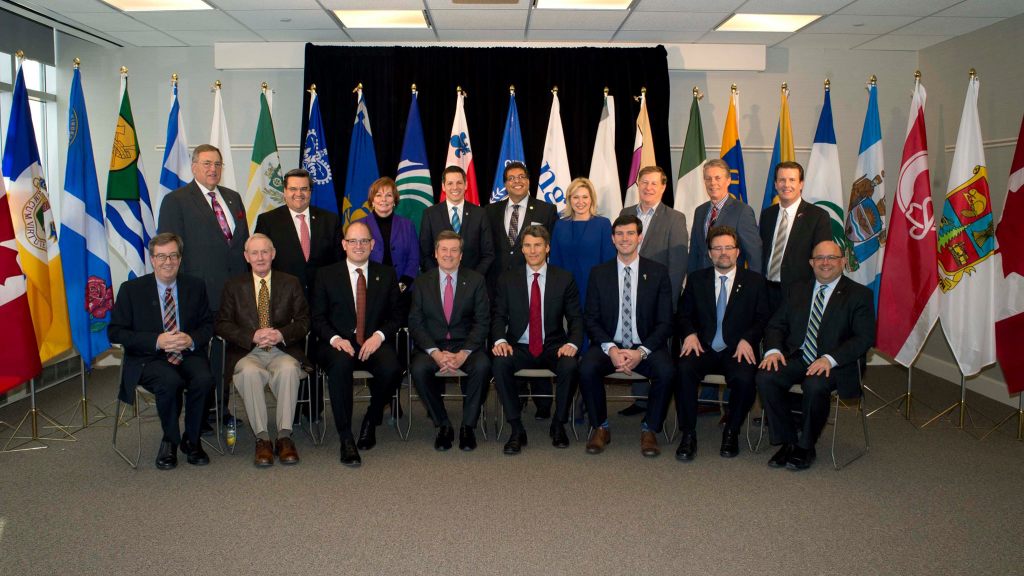 Mississauga – The issues facing cities, including infrastructure, transit, affordable housing and others are important to all levels of government and top of mind with Canadians, Mayor Bonnie Crombie said.

Mayor Crombie made the comments following a vote by Council, on June 10, to host a local debate during the 2015 federal election on the issues facing cities, with specific focus on Mississauga.

Between June 3 and 5 Mayor Crombie joined with the 22 mayors of Canada’s largest cities for the Big City Mayors’ Caucus (BCMC) of the Federation of Canadian Municipalities (FCM) in Edmonton. This caucus meets regularly to discuss issues of concern to Canada’s big cities, as well as work together to influence change at the federal and provincial levels.

“FCM has recently issued its election campaign platform outlining the need for the federal government to partner with and invest in cities,” Mayor Crombie said.

“The mayors of FCM’s Big City Mayors’ Caucus have called for each mayor to host a local debate with local candidates in their city, and Mississauga has voted to do its part.”

FCM has also issued a call to the four main federal political parties to participate in a national televised leaders’ debate on the issues affecting cities.

“Cities are the engines that drive Canada’s national economy – we need a united voice to ensure these local engines thrive and compete,” Mayor Crombie Crombie concluded.