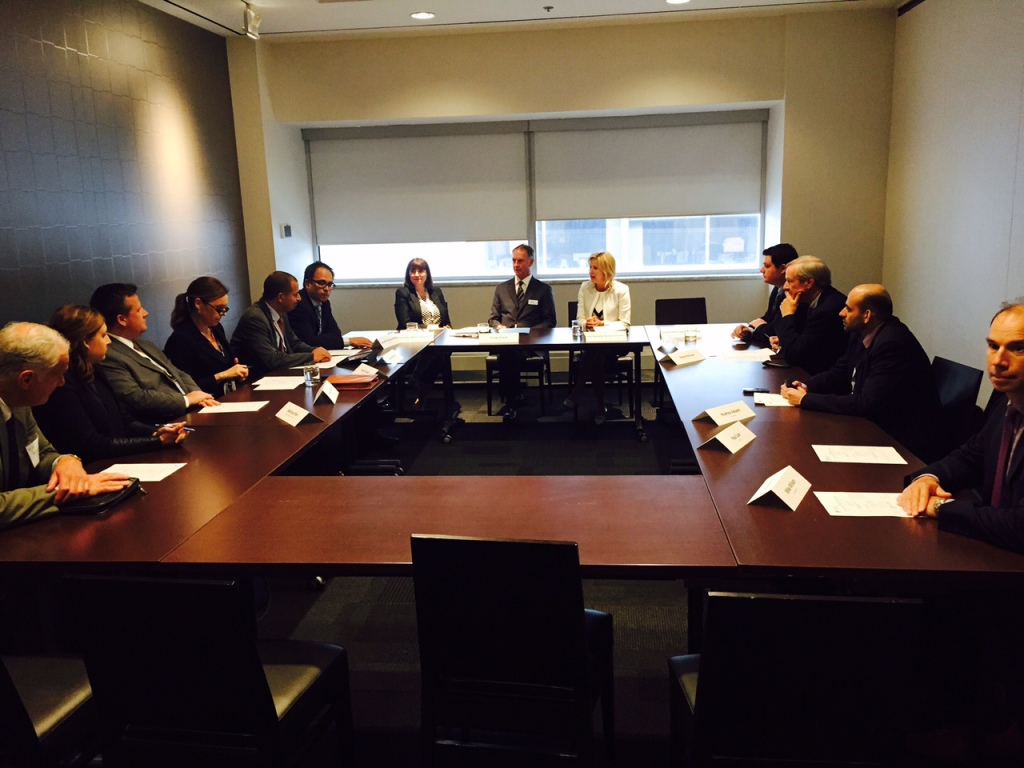 Yesterday I met with, and addressed, representatives from the aerospace industry during the Toronto Region Board of Trade’s Aviation Conference GTA. In Mississauga, we understand and appreciate the importance of a thriving aviation sector.

Mississauga has a lengthy and rich aviation history, stemming back to the original Malton Airport, to the production of the cutting-edge Avro Arrow. Today, we are home to Canada’s largest airport.

Needless to say, I cannot talk about the promise of our aviation industry without discussing the important place Pearson Airport has in our City, our province and our nation.

Pearson is also responsible for countless other direct and indirect economic development opportunities for Mississauga and in communities throughout Ontario.

Beyond Pearson, Mississauga is also home to 215 aerospace companies, including Pratt & Whitney Canada. Early into my term as mayor, Pratt & Whitney Canada, which operates in Mississauga, and the federal government, announced that our Mississauga facilities will be included as part of investments exceeding over $1 billion in research to develop the next generation of high-performance aircraft engines. This investment will support over 6,000 jobs, many of which are in Mississauga. It is a tremendous boon to our aerospace industry and its long-term prospects.

As I told conference participants, it is incumbent upon elected officials and aviation stakeholders to work together. We need to communicate our priorities and identify common goals. This will better allow us to achieve our shared objectives.