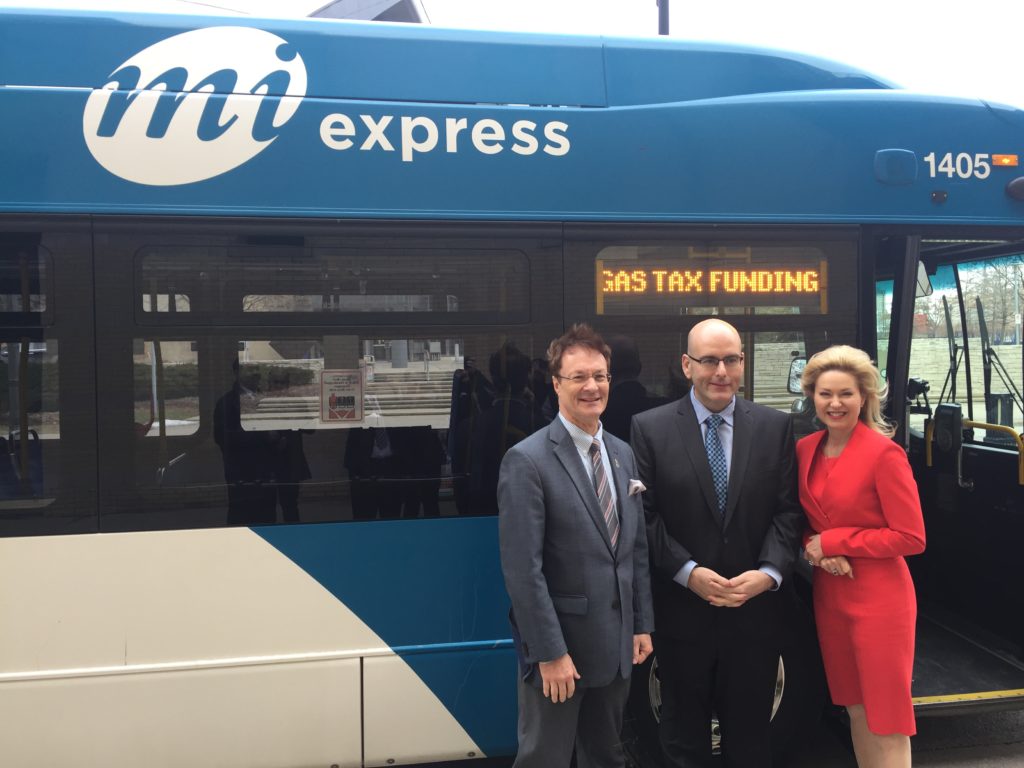 We are very encouraged by the recent announcement that the provincial government will double the gas tax funding that goes to municipalities, Mayor Bonnie Crombie said today.

Mississauga can now expect approximately $32 million in gas tax funding, Mayor Crombie said, adding that “Minister Del Duca and our local government MPPs understand how important it is for governments to work together to unleash the potential of the 905 region.”

“The municipalities of the 905 together represent over 3.5 million people and I have repeatedly heard from private-sector leaders, who choose to do business in Mississauga, that they want public transit built. Transit policy is economic development policy.”

Mayor Crombie went on to say “Council and staff will use the planned increased gas tax funding to make lasting investments that will help break gridlock, build transit and move people and our economy forward.”

Mayor Crombie added “these initiatives are making a positive and lasting difference in the lives of workers, students, residents and visitors, who rely on accessible and affordable public transit.”

Mayor Crombie concluded “Mississauga remains committed to working with our partners in the provincial government to secure new and ongoing investments that will allow us to fund the quality services that residents value and rely on every day, including an extensive and reliable public-transit network.”