Mayor Crombie kicked of her Holiday Food Drive this weekend at Light Up the Square, announcing goals to raise $625,000 and 400,000 pounds of food. Since she was elected in 2014, the Mayor has challenged community members to participate in her annual One Bag Challenge in support of The Mississauga Food Bank.

“Even in a city like Mississauga, many members of our community are struggling with hunger every day,” said Mayor Crombie, “But each year, I am encouraged by the outpouring of generous community support for the citywide food drive and the One Bag Challenge. As a city we care for our neighbours – I am confident we’ll rise to the challenge again this year and surpass our campaign goals”.

If this year’s goal is reached, it will bring the total amount Mayor Crombie’s One Bag Challenge has raised over the last four years to over one million dollars and one million pounds of food!

This year, these donations of food and funds couldn’t come at a better time. Last year, The Mississauga Food Bank saw an 18% increase in the number of visits to its neighbourhood food banks. And since June, there were an additional 15% increase in visits over the same time last year.

“We’re seeing more and more neighbours turn to the food bank as they struggle to keep up with the cost of living and low wages,” said Meghan Nicholls, Executive Director of The Mississauga Food Bank. “The donations that come in through this campaign will make an incredible difference to families across the city – giving them food and hope for the holidays”.

Mayor Crombie’s Holiday Food Drive will run from November 24, 2018 to January 7, 2019. Food donations can be dropped off at local fire stations, grocery stores and at The Mississauga Food Bank. Financial donations can be mailed to the food bank or made online at www.themississaugafoodbank.org. 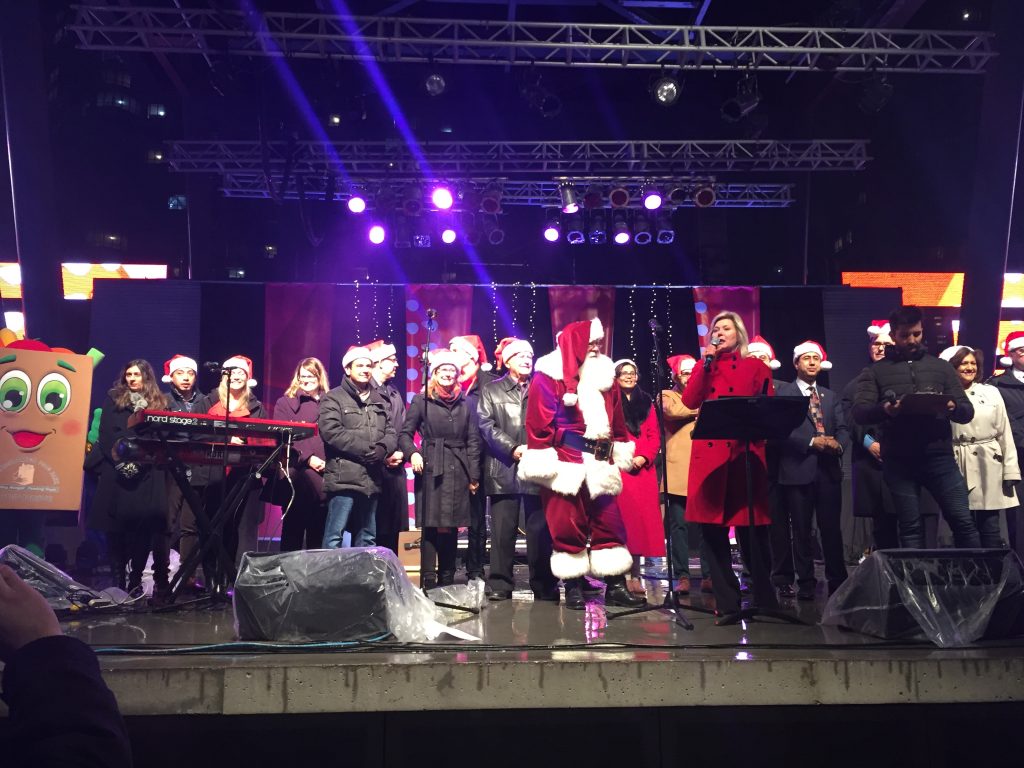 The Mississauga Food Bank is the central food bank in Mississauga. Through its network of 50 member agencies – including neighbourhood food banks, hot meal programs, and breakfast clubs – they distribute food for over 2.6 million meals each year.