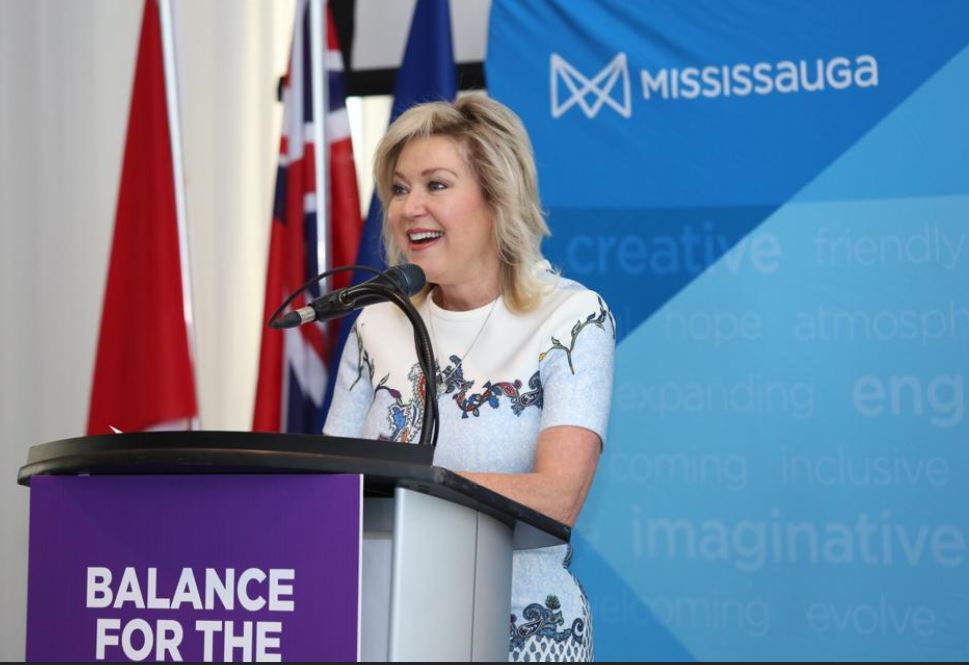 This yearly mentoring opportunity gives young high school girls in Mississauga the opportunity to network, brainstorm and get inspired to take action on some of the most pressing issues facing women in the twenty-first century.

“Today, we celebrate International Women’s Day, a day not only for celebration, but for reflection and most importantly, action.” Mayor Crombie added. “With this year’s theme being Balance for Better, there’s a strong call-to-action to shift our focus on achieving “balance for better,” not only in Canada and across the world. This means doing our best to strike the right balance at home and at work, while tackling some of the big issues that are preventing us from achieving true equality including equal pay for equal work, discriminatory hiring practices and sexism in the workplace” added Mayor Crombie.

This year, Mayor Crombie was joined by special guest the Honourable Jean Augustine, Canada’s first Black Canadian woman elected as a Member of Parliament to the House of Commons. She is not only a role model for a young girls and a shining example of what strong, fearless women can achieve, she is a champion for multiculturalism and has received countless awards for her extensive contribution to Canadian society as a politician, educator and social justice advocate.

As part of the breakfast, students participated in breakout sessions to discuss what actions can be taken to motivate and unite friends, colleagues and whole communities to think, act and move the needle forward on achieving true gender equality. Students put forward their ideas and recommendations to the Mayor, City Councillors, Members of Provincial Parliament, school trustees and senior staff from the City of Mississauga, local school boards, post-secondary institutions, Peel Region, Peel Police and Mississauga Fire and Emergency Services who were all in attendance.

Recommendations brought forward from the students include:

Mayor Crombie concluded “International Women’s Day reminds us that we must work every day, to build a strong sense of community that rewards, respects and guarantees that women – of all ages – are mentored and encouraged to pursue their dreams.”