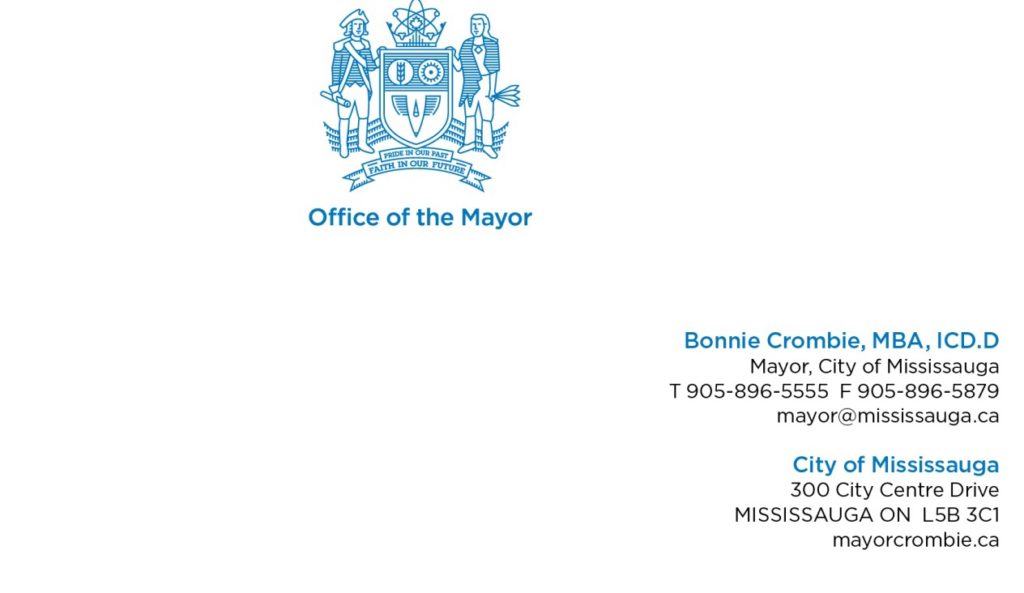 On behalf of the City of Mississauga and Members of Council, let me thank you once again for meeting with me and our Economic Development Office (EDO) staff here at City Hall. I welcomed the opportunity to discuss strengthening relations between Mississauga, Japanese communities and Japanese-based businesses.

Mississauga enjoys long-standing economic and cultural connections to Japan; first initiated by my predecessor, Hazel McCallion. We have a strong and enduring relationship with the people, businesses and cities of Japan. I appreciated meeting directly with Japanese public and private-sector leaders during my first, and very productive, EDO mission to Japan in 2016.

I am proud that Mississauga is home to a number of globally-respected, successful and innovative Japanese-based companies. Japan ties with Germany for the largest market for capital investment in Mississauga (after the United States). Mississauga has nearly 100 Japanese companies, representing nearly half of all Japanese companies located in Ontario.

Of note, Mississauga and Japan have thriving aerospace industries. Mississauga is Canada’s largest aerospace cluster by employment. Over 220 aerospace companies, employing 24,000 employees, choose to innovate, compete and do business here in Mississauga. This is one particular industry where I also look forward to working closer with you and Embassy staff to help further strengthen this cluster’s competitive advantage.

Working together with renowned and accomplished public servants, like you, will further allow the City of Mississauga to promote economic development opportunities, the exchange of knowledge and best practices and celebrate a far greater appreciation and understanding of Canada and Japan’s enriching cultural traditions and shared values.