STATEMENT: What the Missing Link Means for the GTA, Ontario and Canada 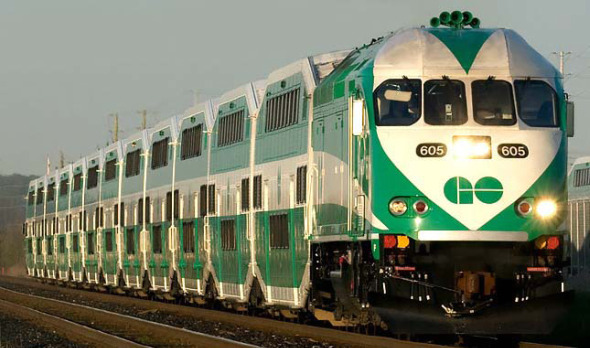 Earlier this week I did a blog post about the Western By-Pass. To re-cap, Mississauga, Toronto, Cambridge, and Milton are working together to develop a business case to build a new rail line that will divert freight traffic from the Canadian Pacific “Milton” rail line north, to free up the line for commuter rail traffic.

This project has national and international implications. This line is critical to the Canadian economy as it is a Continental Gateway because of the movement of large amounts of goods and materials into the central Canadian market. Western GTA communities, like Mississauga, are also roughly 90 minutes away from Canada’s largest trading partner, the United States.

We are partnering in an effort to gain the attention of federal and provincial leaders in the lead up to this Fall’s federal election.

Never before have multiple municipalities come together to develop such a business case. We believe there is strength in numbers and that by coming together as municipal leaders, united in a single cause, that we have a much louder voice.

We are now witnessing tremendous interest, commitment and momentum by all governments to invest in large-size transit projects.

The federal government has signalled its intent to invest in infrastructure, including rapid transit. I am encouraged by the recent announcement that Mayor Tory’s SmartTrack plan will receive an unprecedented $2.6 billion from the federal government. SmartTrack will include a station at Mississauga’s Airport Corporate Centre.

And of course, the provincial government announced full funding of $1.6 billion for the Hurontario-Main Light Rail Transit (LRT). This is the largest infrastructure investment in Mississauga history.

Like SmartTrack and the Hurontario-Main LRT, the Western By-Pass is a game changer. We believe that because of the national scale of this project, there is a strong case to be made that the federal government should be part of this project.

We will be meeting with all parties to encourage them to embrace and commit to this idea during and following the federal election.