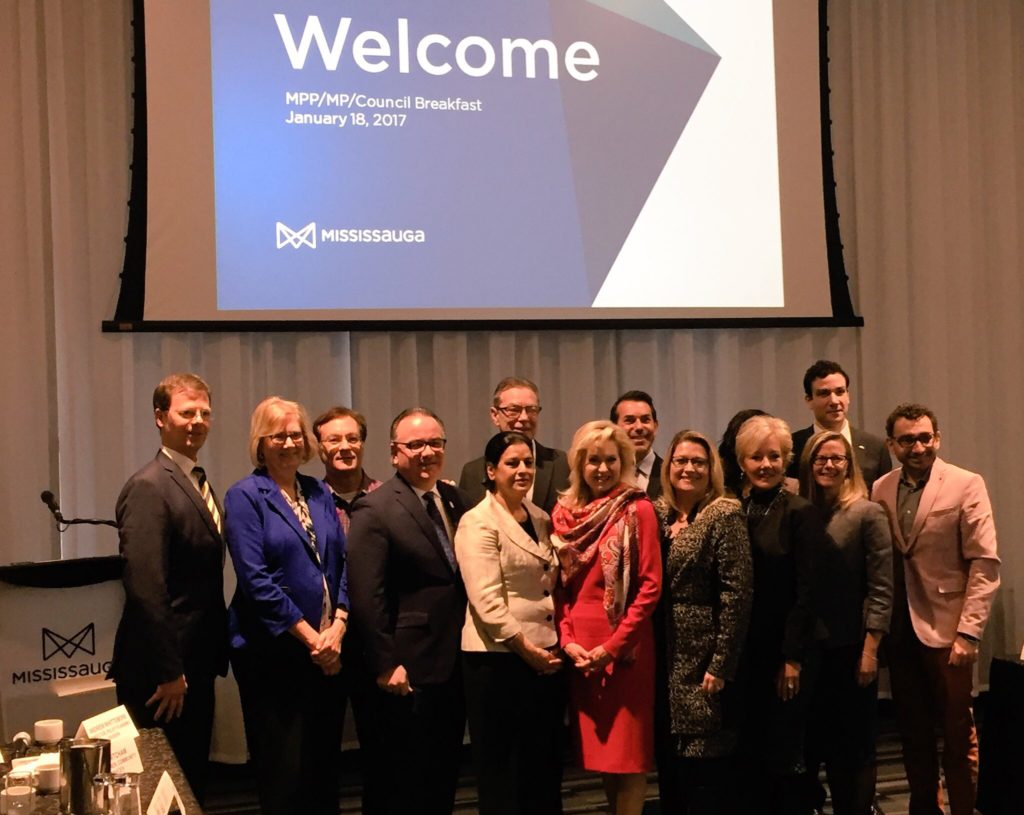 Working Together to Achieve Results for Mississauga: Mayor Crombie

Mississauga – I want to thank my Council colleagues, senior staff and our partners in the provincial and federal government for coming together this morning to advance Mississauga’s city-building priorities, Mayor Bonnie Crombie said today.

“Mississauga is well represented at Queen’s Park, Parliament Hill and at the cabinet tables of both governments,” Mayor Crombie added. It is truly unprecedented to be in a position where all governments are aligned and committed to addressing the challenges cities face, Mayor Crombie said, citing the Wynne government’s commitment to fully fund the Hurontario LRT – the largest infrastructure investment in Mississauga’s history.”

“We find ourselves in the midst of a new era of collaboration,” Mayor Crombie said. “Mississauga is doing its part to work with the provincial and federal governments to shape government programs and investments that will go toward the things residents value most.”

In September, Mayor Crombie was invited to participate in a federal-provincial territorial (FPT) Ministers’ meeting on infrastructure. This marked the first time mayors have been invited to an FPT meeting, making this an historic opportunity for Canadian municipalities to be part of the discussion about where and how federal infrastructure funds are spent. The meeting was led by Amarjeet Sohi, Canada’s Minister of Infrastructure and Communities in the Trudeau government.

The Education Session takes place as both the provincial and federal governments prepare to undertake pre-budget consultations in advance of what are expected to be budgets that will be delivered sometime in the spring.

“As Ontario’s third largest city, and Canada’s sixth largest city, we believe that safeguarding funding and investing in Mississauga will benefit people in communities throughout the province and across the country,” Mayor Crombie concluded.